My great-grandpa killed my great-grandma while giving her an abortion on their kitchen table - MyJoyOnline.com 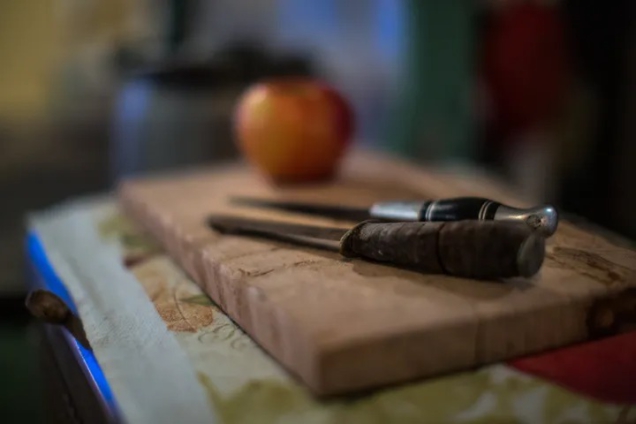 "The room, table, and her mother’s lower half were awash with her blood. This is the only memory my grandmother had of her mother."

In 1919, my 7-year-old grandmother was startled awake in the early hours by her father. “Come say goodbye to your mother,” he told her.

He brought her and her siblings into the kitchen, where their mother lay dying on the kitchen table.

The room, table, and her mother’s lower half were awash with her blood. This is the only memory my grandmother had of her mother. Any positive memories were shocked from her system in that moment.

My grandmother’s father killed her mother performing an illegal abortion. He was never charged with a crime.

After the death of his wife, he kept his younger daughter and his young boys with him. He sent my grandmother to work as a farmhand for a relative. To him, the abortion was a necessary risk. They already had too many kids.

In 1919, it was illegal in many states to provide information about birth control or abortion. My great-grandmother had no choice when it came to having sex with her husband; it was considered marital duty. That gave her no say in being pregnant. Her lack of choice killed her.

By her own account, my grandmother never felt loved after the death of her mother. The relatives who raised her treated her like the help.

My grandmother married the first man to take an interest in her (my grandfather was a lovely man). She was 16. He was older and living with his parents.

Until the death of her husband’s mother, my grandmother was treated as a servant in his house.

My great-aunt eventually married a man like her father. He abused her from the time of their marriage until the day of her death.

The brothers disappeared. For decades my grandmother had no idea what had happened to her brothers. She didn’t find them until they were in their 60s.

I was barely 18, just starting college. The abortion was not harrowing; being pregnant was. I could not wait to be relieved of that burden.

On the drive home after, I kept sighing with relief and saying, “Thank God that’s over.” Since that day, I have used two forms of birth control without fail (yes, even during marriage).

My adult child has never had sex without contraceptives. Currently, my child is wild with fear after the leak of a draft Supreme Court opinion indicating a plan to overturn Roe.

Their health and life is too complicated to successfully manage a pregnancy or a child. This gentle soul is in a state of panic on behalf of all fertile people with uteruses.

In speaking with my offspring, I had to promise that if Roe is overturned, I would form a pipeline to help people make their way to a country where abortion is legal.

My kid can’t sleep for worrying about those who will fall through the cracks — those who will die due to unsafe abortions. My child knows the story of my great-grandmother.

I have never rested easy knowing a group of elderly and middle-aged men could make decisions stripping me of my rights.

At the state and federal level, governmental representatives are mostly white, mostly male, and most have some financial privilege.

They are mostly people who will never need an abortion. Some number of these men, when it was prudent to their futures, have paid women to get abortions on the quiet. They have paid for their daughters’ abortions.

Men with power have been doing this in the United States almost since its inception. Still, they work to see Roe overturned.

“In speaking with my offspring, I had to promise that if Roe is overturned, I would form a pipeline to help people make their way to a country where abortion is legal.

My kid can’t sleep for worrying about those who will fall through the cracks — those who will die due to unsafe abortions. My child knows the story of my great-grandmother.”

Our government would ensure that every member of every family was well fed and healthy. Children in foster care would be given well-vetted places to live.

The system would provide the help parents need to appropriately support and love their children, thus returning kids safely to their parents when possible. Foster parents would be given enough money to raise these children.

Foster kids would be aided into adulthood with significant job training or college. It would be less expensive to adopt foster children into loving homes. Childcare would be available as a matter of course.

All people with uteruses would have access to paid maternity leave. Sick leave would not be limited in any job.

The top-level corporate executives (usually male) would not make 1,000 times more money than their employees. (In 2018, Walmart’s chief executive officer made over $23 million; his average full-time employee, often a woman, earned just under $22,000.) The lives of people with uteruses and children pale when compared to this alternate reality.

In the early 20th century, women and children were legally the property of men. So, we might understand why they had so few rights.

What confuses me is this: Why do women and people with uteruses have little support and tenuous control over their own bodies today?

Turning back time will not give anti-abortion folks comfort. It will ruin lives, families, and result in shocking deaths of women and those with uteruses.

In 2022, no one should die on a table covered in their own blood from a botched illegal abortion like my great-grandmother did.