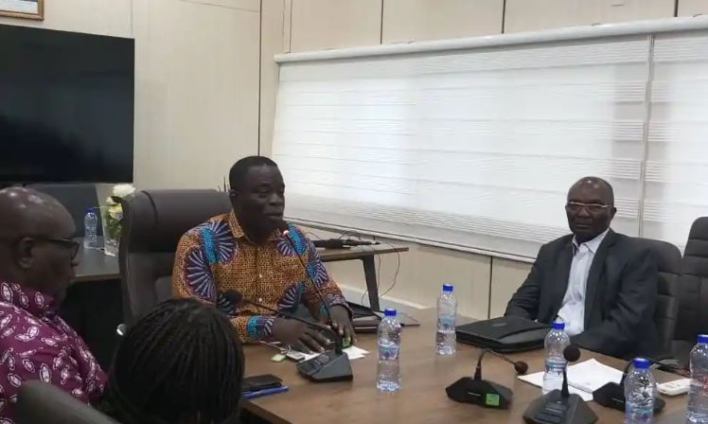 This is in addition to a Cost-of-Living Allowance (COLA) of 15 per cent over the 2023 National Daily Minimum Wage.

This was announced by Ignatius Baffour-Awuah, the Minister of Employment and Labour Relations, at the end of a three-day negotiations between the Government, led by the Minister himself and organized labour led by Dr Anthony Yaw Bash, General Secretary, Trades Union Congress (TUC), and employers led by Dan Acheampong, President, Ghana Employers’ Association (GEA) on the determination of the National Daily Minimum Wage for 2023 in Accra.

A communique issued at the end of the meeting said in line with Section 113(1) (a) of the Labour Act, 2003 (Act 651), the NTC concluded negotiations on the determination of the 2023 National Daily Minimum Wage.

It said in determining the 2023 National Daily Minimum Wage, the NTC took into account the current economic challenges, cost of living, sustainability of businesses and desirability of attaining higher level of employment, as well as the need for rapid restoration of macroeconomic stability.

Mr Baffour-Awuah said the effective date for the implementation of the 2023 National Daily Minimum Wage shall be 1st January, 2023.

He cautioned that any establishment, institution or organisation that flouts the 2023 National Daily Minimum Wage shall be sanctioned in accordance with the law.

Dr Baah said workers were facing difficult times because the condition that they had found themselves in was not what they were expecting and that ideally, they should have lower inflation so that their salaries would be protected.

He said in the last few months, they had situations where inflation was going up and that there was the need for both workers, employers and government to work together to get the nation out of this.

He said they were hoping that 2023 would be better for them.

“We are forever committed to this course, and we know that we are in all of this together, and working together we shall over come whatever challenge that lies ahead. And at the end of the day, Ghana will be the winner.”

DISCLAIMER: The Views, Comments, Opinions, Contributions and Statements made by Readers and Contributors on this platform do not necessarily represent the views or policy of Multimedia Group Limited.
Tags:
Cost-of-Living Allowance
Ignatius Baffour-Awuah
Minister of Employment and Labour Relations
National Daily Minimum Wage