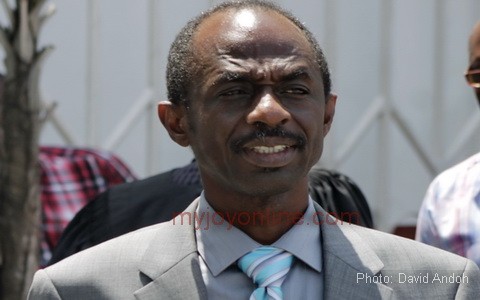 The governing National Democratic Congress (NDC) has congratulated Ivor Greenstreet on his election as presidential candidate for the Convention People’s Party (CPP).

A release signed by NDC General Secretary, Johnson Asiedu-Nketia, Sunday said Mr Greenstreet’s election “is another testimony of the CPP’s resolve to continue to do its utmost best to deepen its internal democracy and also help deepen Ghana’s nascent democratic dispensation.”

Samia, who was tipped to win, polled only 579 votes.

The two other contenders – Joseph Agyapong and Bright Akwetey – polled  83  and 42 votes respectively.

The NDC message to the CPP also lauded the three defeated presidential hopefuls for conceding defeat.

The NDC message is published in full below.

The election of comrade Greenstreet is another testimony of the CPP's resolve to continue to do its utmost best to deepen its internal democracy and also help deepen Ghana's nascent democratic dispensation.

The NDC salutes the 3 other comrades who contested comrade Greenstreet for accepting the will and choice of the majority of the delegates.

We wish comrade Greenstreet well in his new and daunting role and pray that the CPP continues to remain very relevant on the Ghanaian political landscape.