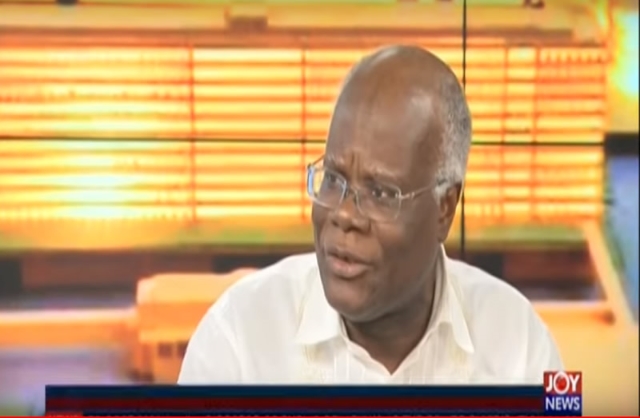 The Member of Parliament (MP) for Adansi Asokwa constituency in the Ashanti Region has admitted that the plan to construct a new and expanded chamber for Parliament was not properly introduced to the public.

Kobina Tahir Hammond insists the plan to erect the new Legislature structure reached the public when the proposal was only at the discussion stage.

“What I have come to understand…is that it was all discussion, discussion and then somehow it got to the public domain. I am not sure it was a concrete decision taken to construct…So following the rancour, the decision has now been made that we won’t even continue with the discussion or we will suspend it for the time being.

“There is something that I concede in the all the insult and expletives and vituperative that it just churned out…I concede that there hasn’t been proper communication in all of this, that I concede,” he said on MultiTV’s current affairs programme, PM Express, on Monday.

Parliament courted fierce public anger when it suddenly announced plans to erect the multi-purpose 450-seater capacity chamber at a cost of $ 200m.

PHOTO: The new chamber was to cost $200 million and would have a clinic an expanded chamber and other facilities.

Mr Hammond’s recent comment on the floor of Parliament recently stoked public criticism against the project after comments many thought was insensitive.

While making a brief submission on the matter on the floor of Parliament last week, Mr Hammond made a comment that many said meant that even if there were schools under trees – an often cited reason by opposers of the project – Parliamentarians cannot sit under trees.

Opposers of the proposed $200 million project held on to that comment and intensified their campaign to get the Legislature to shelve the plan.

MP for North Tongu, Samuel Okudzeto Ablakwa, had asked when the Majority Leader, Osei Kyei-Mensah Bonsu, was going to bring the plan to build a new and expanded parliamentary chamber to the House.

KT Hammond then got up and made the following submission: “Mr Speaker…some of us don’t even know if it is a stated policy that Parliament is going to be built and indeed who is taking the initiative. Parliament chamber or building is not for Members of Parliament, it is one of the significant symbols or building blocks of democracy. We won’t have democracy without Parliament. Mr Speaker, I’m sure the press will take me on this: Parliament won’t sit under trees so Mr Speaker, this whole matter should be brought to the fore, let it be debated…”

The part where he said ‘Parliament won’t sit under trees” seemed to have incited the Convener of pressure group, Economic Fighters League, Ernesto Yeboah, who then shouted, “…drop that chamber” from the public gallery.

However, commenting on that drama which ensued in Parliament on PM Express, KT Hammond said that part of his comment that “Parliament won’t sit under trees” was grossly misconstrued.

He explained that what he meant to say was that Parliament already had a structure and hence there was no need for MPs to sit under trees to do their work.

Some opponents of the project had taunted the plan for a new chamber by suggesting that just like how some students study under trees due to lack of classrooms, the MPs too should be made to sit under trees to do their work.

The Parliamentary Service Board announced on Monday that the project has been taken off its agenda.

The decision, the Board explained, was arrived at following a meeting to consider the controversial issue that has left many Ghanaians infuriated.

In a statement, the Acting Public Affairs Director of Parliament, Kate Addo said: “the Board, has, upon reviewing representations made by well-meaning Ghanaians, accordingly taken the development of the new chamber block out of its present agenda.”