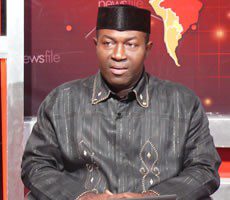 Nana Akomea, who resigned as the New Patriotic Party (NPP) Director of Communications in 2012, has been re-appointed to the same position.

The former Member of Parliament for Okaikoi South through a Facebook post in 2013 announced that: “I stood down as NPP director of 2012 campaign communications last Friday 13 Sept.”

He announced his resignation from the post after he was appointed in January 2011.

A statement issued and signed by Kwabena Agyei Agyepong, NPP General Secretary said the decision to re-appoint Nana Akomea was made at a National Executive Committee meeting on Thursday, November 13 2014.

The party has also appointed new regional executives. Read the statement below:

At its meeting on Thursday 13th November 2014, the National Executive Committee, in consultation with the National Council, made the following appointments:

The Party also approved seven members to serve on a newly created Electoral Reforms Committee.  They are;