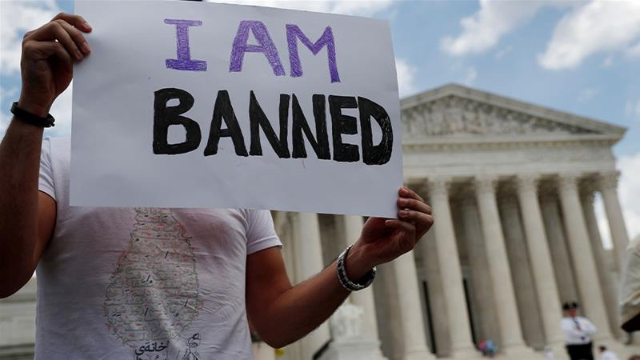 After nearly a dozen years moving through the United States visa system, Sai Kyaw’s brother and sister and their families were at the finish line: a final interview before they could leave Myanmar to join him in Massachusetts and work at his restaurant.

Then a dramatic turn in US immigration policy halted their plans. The interview was postponed, and it is not clear when, or whether, it will be rescheduled.

“It’s terrible,” Kyaw said. “There’s nothing we can really do except pray. They’ve been waiting 12 years. If they have to wait another 12 years, they will.”

His is just one of many stories of confusion, sorrow and outrage spreading across some immigrant communities after the announcement of a Trump administration policy that is expected to all but shut down family-based immigration from Myanmar, also known as Burma, as well as Nigeria, Kyrgyzstan and Eritrea.

The policy also restricts visas from Sudan and Tanzania.

“There’s a panic wave going through the community,” said Grace Mobosi-Enwensi, president of the Minnesota Institute for Nigerian Development, a nonprofit group.

In signing a proclamation last month that takes effect on Friday, President Donald Trump said those countries failed to meet minimum security standards. It was his latest crackdown on his signature issue of immigration.

Calls about the restrictions have flooded legal advocacy groups and lawyers’ offices. A Boston-area Burmese church is trying to intervene to help congregants. The United African Organization has held legal clinics in Chicago to walk people through their options.

The rules are certain to face legal challenges, but in the meantime, activists have organised around #MuslimBan and #AfricaBan on social media and ramped up lobbying efforts to press Congress to pass the No Ban Act, which would limit the president’s ability to restrict entry to the US. 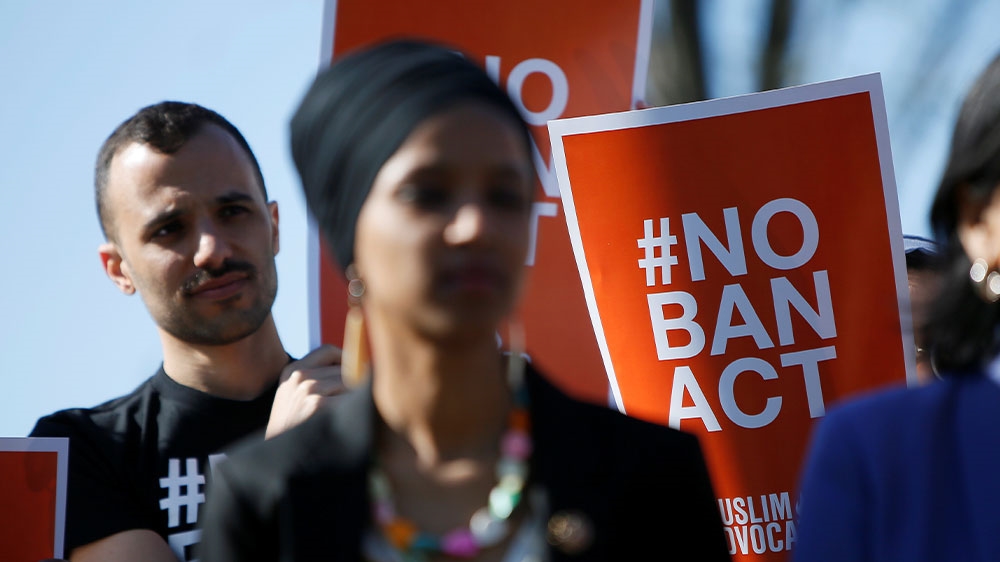 Roughly 10,000 people received immigration-based visas from Nigeria, Eritrea, Kyrgyzstan and Myanmar in the 2018 fiscal year, according to federal data analysed by the nonpartisan Migration Policy Institute. More than half were from Nigeria, the most populous African nation.

The ripple of emotion has been felt strongest among America’s roughly 380,000 Nigerian immigrants and their children. They are one of the most educated immigrant groups. More than 60 percent of people with Nigerian ancestry who are at least 25 have a bachelor’s degree or higher, which is more than twice the general US population rate of 29 percent, according to 2017 census data.

Tope Aladele, who is seeking a visa for his wife in Nigeria, has faint hope that she will be able to come to the US.

“I thought this year I could at least celebrate Christmas with her,” said Aladele, a US citizen who works as a nursing assistant in the Chicago area. “I’m just hoping and praying.”

Citizenship and Immigration Services officials declined to comment on the concerns of affected families, deferring to the Department of Homeland Security. Agency officials did not respond to emails seeking comment.

Unlike previous travel bans, the new rules are narrower. They stop immigrant visas from Nigeria, Eritrea, Myanmar and Kyrgystan, covering people who want to live in the US permanently and are sponsored by family members or employers. They also eliminate participation in a visa lottery programme in which a computer randomly selects up to 55,000 people for visas from underrepresented countries. Sudan and Tanzania will also be barred from the lottery.

The ban does not affect immigrants travelling to the US for a temporary stay, including tourists and students, or immigrants already in the US. There are also exceptions, including dual citizenship holders.

In Chicago, the United African Organization hosted dozens of people at legal clinics. Many had questions about their spouses and children. One was Osemeh Otoboh, 46, a Nigerian citizen with a green card who has applied for two of his teenage children from a previous marriage to come to the US.

Though their visas were recently approved, the suburban Chicago man married to a US citizen was worried. His children live in Lagos, and he wants them to pursue an education in the US.

“I don’t even know how to explain it to them,” Otoboh said of the restrictions.

Experts have questioned the administration’s national security reasoning since there are no restrictions on tourist or student visas, which can take less time and vetting to acquire. Officials in at least one country, Nigeria, have said they are working to address security concerns, such as information sharing.

Activists said the restrictions amount to another travel ban like the one that was widely decried as targeting Muslims. The Supreme Court upheld that ban as lawful in 2018. It restricted travel from several Muslim-majority countries including Iran, Somalia and Syria.

Sudan and Kyrgyzstan are also majority-Muslim countries. Nigeria, the world’s seventh-most populous nation, has a large Muslim population too.

“It’s a continuation of this administration’s racist and xenophobic immigration framework that they use,” said Mustafa Jumale, a policy manager for the Black Alliance for Just Immigration. 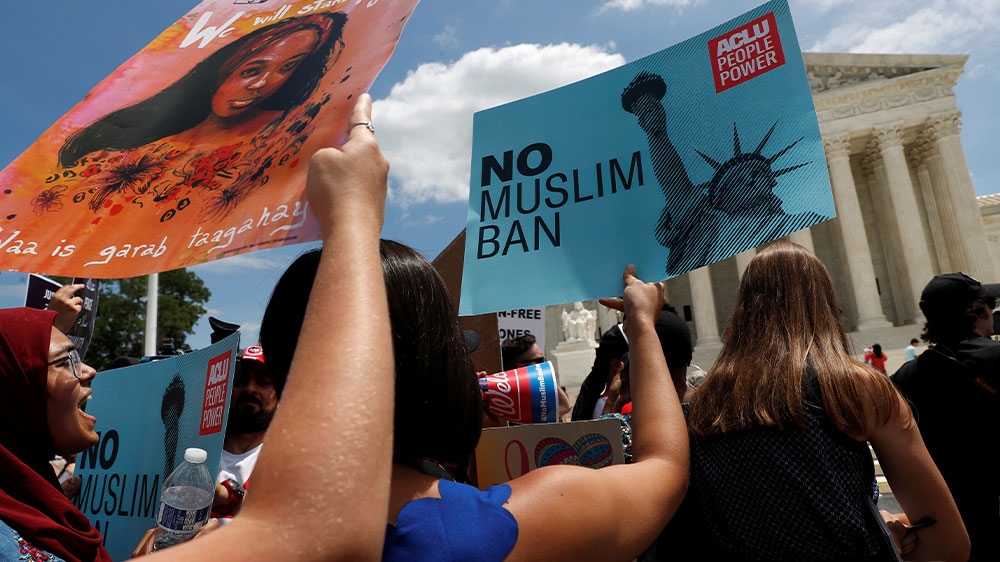 People protest outside of the US Supreme Court after President Trump’s travel ban was upheld by the Supreme Court in Washington, DC

Muslim Advocates, along with other civil rights organisations in the US, said in a statement issued on Thursday that more than 25 percent of African would be barred from entering the US.

“America is a nation where people of all races and religions are entitled to equal protection under the law, yet the expanded Muslim Ban is another attack on the rights, the dignity and the identity of Black communities,” the group said in a statement. “[M]ore Black families will needlessly suffer from a policy with no legitimate justification,” according to the statement.

Some churches have also sprung into action.

At the Overseas Burmese Christian Fellowship in Boston, Pastor Clifford Maung says he has relayed the concerns of two families in his congregation to national Baptist church leaders and is prepared to appeal to the US government on their behalf.

“You hope for the best. We grew up under a similar situation in Burma with an oppressive government so this is something we are used to,” he said. “But it shouldn’t happen in America.”

Maung says one of those affected is his cousin, whose wife has already been approved for a visa and is awaiting medical clearance, which was supposed to come as soon as this week.

Another affected family is that of S’Tha Sein, who arrived with his wife and youngest daughter in December. The 53-year-old Sein says his eldest daughter was also approved for a visa but tested positive for tuberculosis and was not allowed to travel with them.

The 21-year-old college student is slated to be reevaluated next month after receiving treatment, but Sein says the new restrictions throw uncertainty into the prolonged immigration process, which the family began in 2006.

“We’ve been praying that this law will change,” Sein said after attending church services this past Sunday with his family, siblings and elderly parents. “We just want to be able to live together.”