Nigeria FA boss resigns due to pressure from congress - MyJoyOnline.com

Nigeria FA boss resigns due to pressure from congress 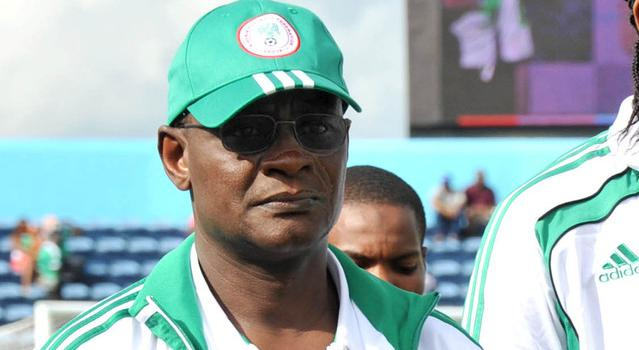 Apparently, after all efforts to regain his position as the president of the Nigeria Football Federation (NFF) failed, the impeached former president, Alhaji Aminu   Maigari yesterday tendered his letter of resignation to the NFF secretariat.

Sports Vanguard had reported that the Secretary to the Government of the Federation (SGF), Senator Pius Anyim Pius waded into the matter by inviting both the Minister and Chairman of the National Sports Commission (NSC), Dr. Tamuno Danagogo and the NFF board members to find a way of getting Maigari back to his position but the later did not accept that proposal.

The Chief Mike Umeh led executive committee had insisted that for Maigari to get any soft landing, he must first submit his resignation letter which will enable the NFF to begin moves to change his impeachment into a resignation to enable him retain his [position in both CAF and FIFA committees.

It was further revealed that Senator Anyim had pleaded with the board to vacate the impeachment so as to enable Maigari get clearance to receive a national award in October of which he is said to have been selected due to his achievements in the NFF.

A board member who confirmed the development to Sports Vanguard yesterday in Abuja said the issue of Maigari and his resignation letter would be part of the agenda of the scheduled emergency congress of August 26.

According to our source, the Congress is also expected to grant the former president the clearance he wants by commuting his impeachment into resignation.

“I can confirm to you right now that we have received a letter of resignation from Alhaji Aminu Maigari. This was exactly the condition we gave the SGF at our last meeting with him. We are not against his future political ambitions. Now that he has officially thrown in the towel, we will try to give him a safe landing at the August 26 Congress of the NFF by vacating his impeachment” the executive committee members stated.