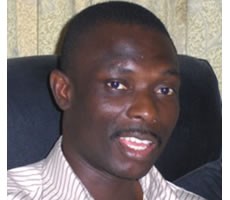 The GSS announced a population figure of 168,641forthe Obuasi Municipality as per the 2010 population and Housing Census, but the NPP in a statement issued by its candidate in the 2012 elections, Kwaku Kwarteng says the figure is incorrect.

The full statement is published below:

I write respectfully to point out that the figure 168,641 published as the population of Obuasi Municipal per the 2010 population and housing census is incorrect.

First, it has to be understood that the entity called Urban Obuasi, which was part of the Adansi West District during the 2000 census, is much more limited in area than the entity called Obuasi Municipal today.

The Legislative Instrument 1795 that established the Obuasi Municipal on 17th March 2004 listed all the suburbs that constitute the municipality.

This mistake is serious for obvious reasons. Resource allocation to Obuasi Municipal on the basis of the woefully understated population would be lower than the people in the municipality legitimately deserve.

Investors who depend on these census figures to evaluate available markets for their products could direct their investments away from the municipality.

Currently, there is an on-going discussion about re-demarcation of constituencies in the country.

The understatement of the population of Obuasi Municipal or Obuasi Constituency could affect the Electoral Commission’s decision on whether or not to create another constituency in the municipality. The effects of this error are infinite.

It is in view of this that we urge the Ghana Statistical Service to rectify this mistake and immediately communicate same to all relevant institutions as a matter of URGENCY.

We are very willing to help the Ghana Statistical Service resolve this problem without any delay.