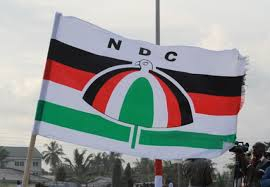 An opposition NDC MP and an NDC National executive have shared contradictory views on a letter from their rival political party, the New Patritic Party (NPP) inviting the opposition party to a meeting to end the menace of party militias.

The NPP wrote to the NDC on Monday in fulfilment of a directive from President Nana Akufo-Addo while delivering his state of the Nation Address in February.

According to the President, the two parties have dominated the political space since the fourth republic began in 1992 and should be able to dialogue on disbanding the groups who perpetrate the violence since the groups are affiliated to them.

Speaking on Joy FM’s midday news on Tuesday, Peter Otokunor said the NPP’s letter to the NDC did not show the needed commitment to the dialogue on disbanding party militias.

He said if the NPP was committed, their letter would have stated time and venue for the meeting instead of leaving it to the discretion of the NDC.

Otokunor also accused the NPP of failing to concede to the NDC’s initial demand of a third party mediating the meeting of the two.

The letter stated that the initial meeting should be held and then the two parties decide the third-party organisations to bring on board.

But dismissing that, Otokunor said, “for that first meeting, we should even have the stakeholders in there so that they can effectively moderate who and who should be in there…”

“It appears the NPP in their operations are exhibiting a level of bad faith,” he added.

In contrast to this, the NDC’s Member of Parliament for Odododiodoo, Nii Lantey Vanderpuye believes the letter from their arch rival “is in good faith.”

He told Kojo Yankson on the AM Show on the Joy News TV, Wednesday, that the initial meeting – the NPP has invited them to – will afford them the opportunity “to agree on certain basic principles.”

“The two parties can meet, as a preliminary meeting…” Vanderpuye said.