Offset detained on Instagram Live after run-in with Trump supporters 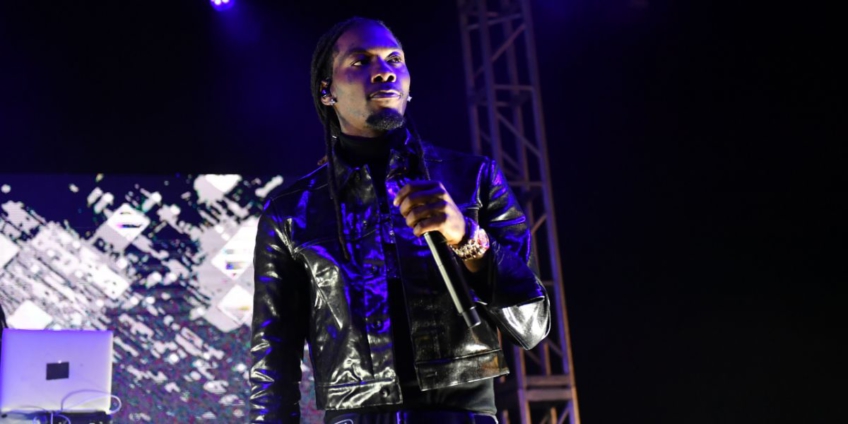 According to an Instagram Live video posted by Offset, the Migos rapper was involved in an incident with police on Saturday evening (October 24).

In the video, the 28-year-old is pulled over and seated in a vehicle, during which, a male and a female police officer approach him.

“I’m not going to move my hands from my steering wheel.”

“We were told that you guys were waving guns,” the female officer then says. “You know who I am? Offset from the Migos. They got fans, that’s why they’re following me,” Offset says.

“That has nothing to do with why we’re here,” the female officer replies. “We were told that you guys were waving guns at people.”

“You just watched somebody beat my car up with a flag. What are you talking about?” he replies.

The male officer subsequently attempts to open Offset’s car door, to which the Atlanta rapper says that he can’t do that. Offset is then pulled from the car, and put under arrest.

According to videos posted to Twitter, just prior to Offset’s arrest he and Cardi B. were seen making their way through a crowd where several people were waving Trump flags. Offset stated in his Instagram Live video during his arrest that someone “beat my car up with a flag.”

Cardi B surround by some trump rally kids bro what in the fock did I walk into 😭 pic.twitter.com/JBahJaVVyx

Cardi B didn’t appear to be present at the time of Offset’s arrest. It’s not clear where she went.

DISCLAIMER: The Views, Comments, Opinions, Contributions and Statements made by Readers and Contributors on this platform do not necessarily represent the views or policy of Multimedia Group Limited.
Tags:
Offset
Trump