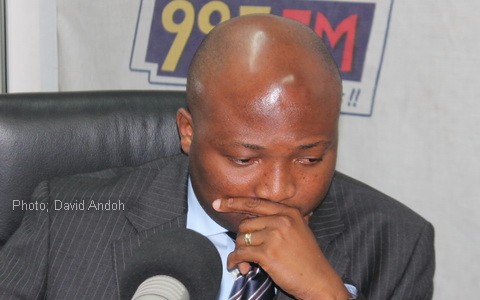 Seeing that President Akufo-Addo is currently in Oslo, Norway and considering his earlier spirited defence of the Oslo Chancery scandal, he may want to take advantage of his official visit to Norway to confirm latest developments.

The controversial property which Ghana had taken steps to purchase in 2018 for NOK 105,180,000.00 equivalent at the time to US$12,218,487.13 but for the vigilance of the NDC Minority in Parliament has now been re-advertised on the Norwegian property market following the Ghana Government’s withdrawal from the transaction. (Link to advertisement provided below)

Interestingly, the US$3.7million reduction is despite claims contained in the new advert for sale that the property has only recently been massively renovated.

What Ghana was going to pay US$12.2million some 14 months ago is now on the market for others at US$7.4million (a whopping US$4.8million difference). This is at a time analysts say properties on the Norwegian real estate market have been appreciating in value.

Clearly, another vindication of the Minority and an important victory for the kind of parliamentary oversight which protects the public purse.

It is my prayer that the President takes up my appeal to him to personally verify these latest facts while in Oslo, as he will return to Ghana with a new resolve to depart from his rather unhelpful and widely criticized practice of hurriedly clearing his appointees.

I wish him and his delegation traveling mercies.