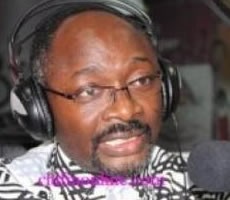 Lawyer for former Education and Sports Minister Yaw Osafo Maafo has warned he will file contempt charges against officials of the Economic and Organised Crime Office if they continue investigating the Alfred Woyome scandal.

Lawyer Godfred Odame told Joy News the office will be in defiance of the court if it went ahead with the investigation.

Odame filed an injunction on behalf of Osafo Maafo who had been invited by EOCO to assist in investigation in the payment of ¢58 million judgement debt paid to Woyome.

The injunction was to restrain EOCO from proceeding with the investigation.

When the case was called Wednesday, lawyers for EOCO did not turn up but that did not stop the judge from cautioning all parties to respect the sanctity of the court.

In an interview with Joy News’ Evans Mensah after the court proceedings Lawyer Odame, who appeared satisfied with the court’s directive stated he will not hesitate at all to haul officials of EOCO to court for contempt if they proceeded with investigations.

According to him, EOCO cannot proceed to investigate alleged fraud against Osafo Maafo- as petitioned by spokesperson to Woyome, Akyena Brentuo- when the Attorney General who is the Principal Legal Advisor to government has stated that the state has no contract with Woyome.

Lawyer Kwame Akufo could not agree more with Odame.

He told Joy News the “confusion in government set up” is “retarding” and “defies common sense.”

According to him, EOCO cannot continue investigating the case when indeed the Attorney General, who advises government, is saying that there is no contract with Woyome and has begun proceedings to retrieve the ¢58 million paid to Woyome.

He said EOCO will be “subverting constitutional order” if it went ahead with the investigations.