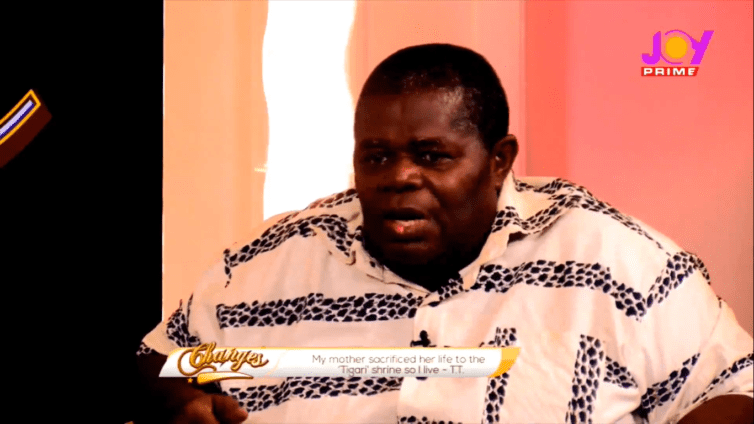 Veteran actor, Psalm Adjetefio has opened up on the spiritual battles he has encountered in life.

According to him, his mother initiated him into the ‘Tigare’ shrine during his infancy, thus causing the woes he has experienced throughout his life.

T.T, a main character in the popular TV show, ‘Taxi Driver’, therefore, asked Ghanaians to be moderate in their judgements and criticisms of him.

“I nearly died five years ago. It was all over. I had a lot of radio journalists calling me to ascertain if indeed, I was dead.

“But people don’t know the battles I’ve had to fight because of this background,” he told Roselyn Feli on Joy Prime’s show, ‘Changes‘.

He added that although he has successfully abandoned the fetish group, he is still encountering certain issues that could be fostered by invisible principalities.

“But that is where the Father Almighty comes in. He has shown me who He is,” he said.

However, the seasoned TV personality divulged that he has forgiven his mother.

According to him, his mother sacrificed her life in order for him to live when he wanted to part ways with the ‘Tigare’ Shrine.

“In fact, right now, when I sit down and think about the sacrifices she made that is when I really weep for my mother. That she actually put her life on the line so that I could live,” he said.