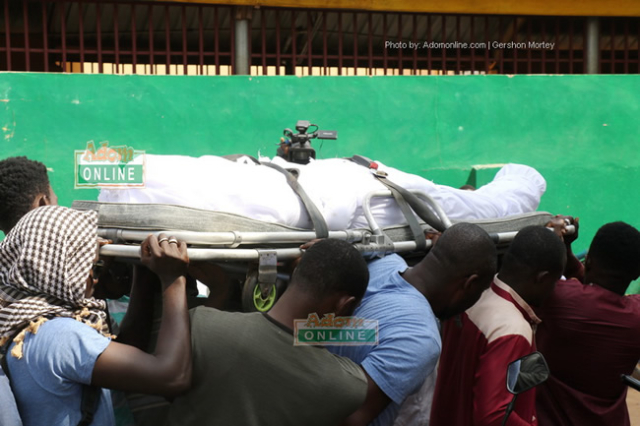 The undercover investigator with private investigative firm, Tiger Eye PI who was shot dead in Accra on Wednesday has been laid to rest.

Ahmed Hussein-Suale was shot thrice by unknown assailants at Madina. His killing has shocked the entire nation and police have launched a probe into the incident.

Ahmed played an important role in the Number 12 documentary which led to the resignation of Ghana Football Association President, Kwesi Nyaantakyi and the sacking of dozens of referees.

Family and friends gathered at the Madina Central Mosque to observe the Janazah before the body was sent for interment.

Tiger Eye PI says it is shocked but remains resolute in uncovering unscrupulous deeds in society.

The body was sent to the Madina Mosque…

Editor-in-chief of the New Crusading Guide Newspaper, Kweku Bako and undercover journalist Anas were present at the Mosque.

Prayers were held at the Madina mosque

Other Imams from the community were present at the prayers

People from across the community were also present at the prayers

This woman wept at the heinous killing of Ahmed

The body was interred at the Madina Cemetary.