Photos : NPP Decides: Will delegates be feared or will favourites win their favour? 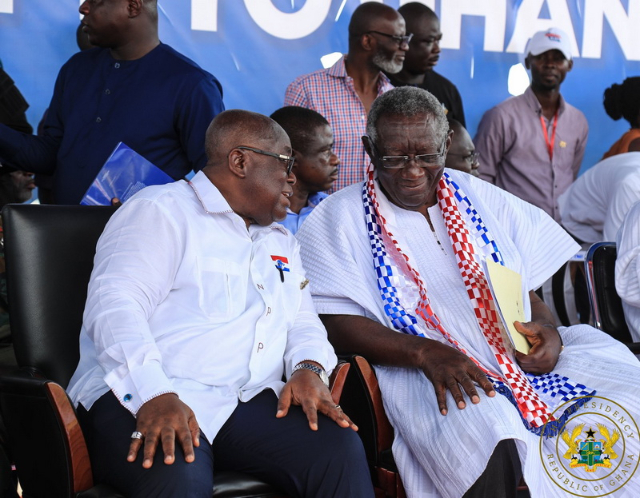 Brisk political activities are underway in Koforidua Technical University in the Eastern region where delegates of the governing New Patriotic Party have gathered to choose new leaders for the next four years.

The current National Executives credited for returning the party to power in 2017 face competition for their places. Myjoyonline.com brings you photos of the event.

Seated and smiling is the former President Kufuor, the first NPP President since the party was formed in 1992

Koforidua township is decorated with posters of the delegates

Police are providing security at the congress ground

The out going National Youth Organizer ,Sammy Awuku  interacts with some the party members