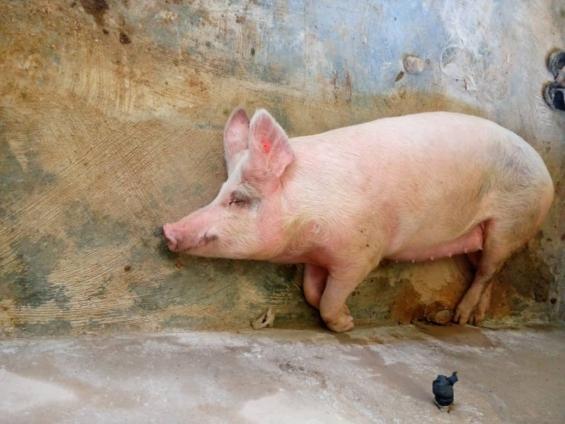 A total of 575 pigs are reported to have been affected by the African Swine Fever in the Tepa Municipality of Ashanti Region.

Pig farmers in the municipality are devastated, as huge investments into their businesses have been lost.

Samples were sent to the Disease Investigation Laboratory on February 11, 2022 and the report confirmed the outbreak of the disease.

“So far, pigs numbering 575 have been confirmed dead. This is a very big blow to farmers here. They have made a lot of investments in their farms,” said Daniel Johnson Amenyo, Veterinary Officer at the Ahafo Ano North Municipality in Ashanti Region.

“NADMO and Veterinary officers in this municipality are ensuring that the disease does not spread.”

Several attempts have been made by health officials to contain the spread of the highly contagious African Swine Fever.

Currently, farmers have been advised to limit visitors to their farms.

New animals will not be allowed into farms either.

“The Municipality has placed a ban on the movement of pigs. These measures will be in place until the disease is wiped out.

“Farmers are advised to obey bio-security measures. It can easily prevent the spread of the disease. African Swine Fever has no cure. It is highly contagious,” Mr. Amenyo advised.