Police may overturn conviction of users of DV/DP vehicles 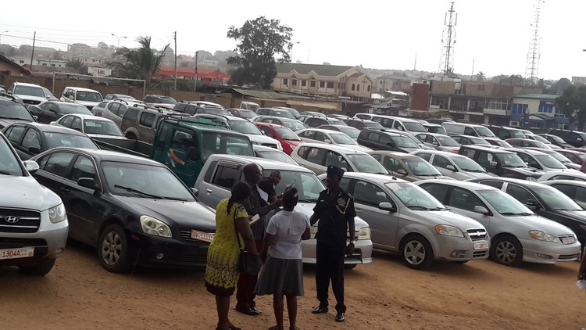 Some drivers believed to have been prosecuted and convicted for using Defective Vehicle (DV) and Direct from Port (DP) plates could have their punishment waved, the Police Administration has intimated.

This followed an internal memo by Inspector General of Police (IGP), David Asante-Apeatu, directing officers to stop restricting movements of vehicles with DV and DP after 6 p.m.

Prior to the directive, motorists using the DV and DP plates were barred from moving between 6 pm and 6 am. The police imposed the directive in 2007, to address security concerns related to the use of such vehicles.

But the new Road Traffic Regulations, Legislative Instrument (L.I. 2180), does not authorize such arrests, the IGP has said.

Commenting further on the IGP’s directive on the Super Morning Show on Joy FM, Monday, the Police Public Affairs Director, ACP David Eklu, gave hints of moves to waive persons who may have suffered convictions by law, which has now been found to be non-existent.

He acknowledged the LI 2180 supersedes any other internal directives given to police officers, an internal order, he said, needed to be backed by law.

Even though ACP Eklu was uncertain of prosecution of users of such vehicles on the grounds that they flouted the directive, he said the Motor Transport Traffic Department [MTTD] has been instructed to furnish the Police Administration with information on that.

“We have written to the Director-General of MTTD to find out if anybody has been prosecuted so that if there are any remedies to be done it will be done,” he told the host of the Show, Kojo Yankson.

Despite the new directive, ACP Eklu said DV/DP plated vehicle users could still be stopped by the police if they commit any infractions that flout the law.

These may include not having a log book, making false entry into the log books as well as using DV/DP vehicles for social functions such as weddings and funerals.