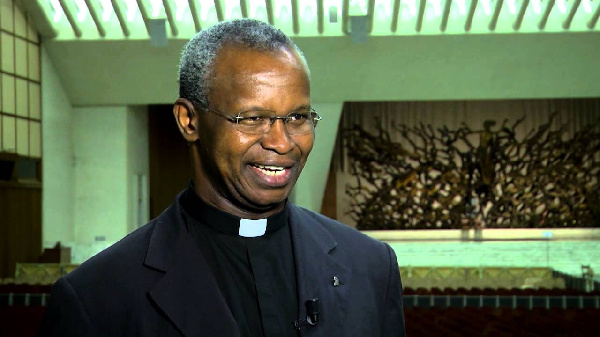 Bishop Richard Kuuia Baawobr of the Wa Catholic Diocese has been appointed a Cardinal of the Catholic Church.

He is among 21 other new cardinals named by Pope Francis who will take up post at the Vatican in August; 16 of whom are under 80 years old and thus eligible to enter a conclave to elect his successor after his death or resignation.

Bishop Baawobr, a member of the Society of the Missionaries of Africa, is known in Ghana and beyond for many acts of charity, key among them, his love for people suffering from mental challenges and who have been neglected by their families.

In 2016, the year that the Holy Father appointed him Bishop, volunteers at the Bishop’s project that takes care of people with mental illnesses started going on the streets looking for patients and providing them with care.

The project that involves parishes, faith-based organizations, religious women and men also brought on board doctors and nurses who started providing free medication.

The Bishop reportedly started using media platforms to create awareness about mental illnesses in a country where stigmatization of people with such challenges is high.

He had his Secondary Education at the Nandom Secondary School.

In 1979, he went to St. Victor’s Major Seminary at Tamale as a Diocesan Seminarian.

Feeling God’s call to be a Missionary, he joined the Society of Missionaries of Africa (M.Afr.) in 1981 after his Philosophical Studies.