Pope Francis prays for peace in Ukraine on Ash Wednesday 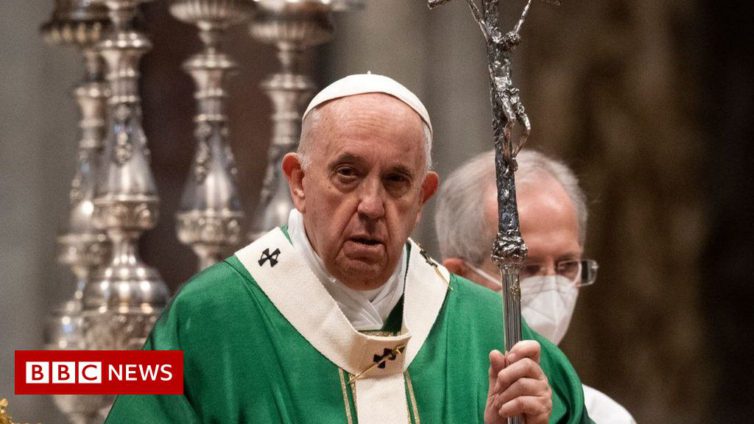 Pope Francis has dedicated the first day of Lent, Ash Wednesday, to pray for the end of the ongoing war between Ukraine and Russia.

Pope Francis in a tweet on March 2, urged all to pray and fast for peace in Ukraine. He shared an infographic that contained his prayer for Ukraine.

He prayed that God Almighty hears the prayer of his servants and “open our eyes and our hearts and give us the courage to say ‘Never again war!”

According to the Pope, the contention between Ukraine and Russia must be condemned by all because “with war, everything is lost.”

He pointed out that to attain peace, the path leading to dialogue and reconciliation must be chartered.

“Instill in our hearts the courage to take concrete steps to achieve peace. Keep alive within us the flame of hope so that with patience and perseverance, we may opt for dialogue and reconciliation. In this way may peace triumph at last. Amen,” he prayed.

Earlier, Pope Francis indicated that the prayers said for Ukraine today will enable persons to be “near to the suffering Ukrainian people,” and “to be aware that we are all brothers and sisters”.

I renew my invitation for everyone to take part on 2 March, Ash Wednesday, in a Day of Prayer and Fasting for Peace in #Ukraine, in order to be near to the suffering Ukrainian people, to be aware that we are all brothers and sisters, and to implore God for an end to the war. pic.twitter.com/ecNo53Ofya

US President Joe Biden has told Congress that Russian President Vladimir Putin badly misjudged how the West would hit back once he invaded Ukraine.

In a primetime speech, Mr Biden vowed “an unwavering resolve that freedom will always triumph over tyranny,” BBC reported.

“Putin’s war was premeditated and unprovoked. He rejected repeated efforts at diplomacy,” Biden said in an hour-long address to lawmakers on Tuesday night.

There have been reports that foreign students attempting to leave Ukraine are experiencing racist treatment by Ukrainian security forces and border officials.

One African medical student told CNN that she and other foreigners were ordered off the public transit bus at a checkpoint between Ukraine and Poland border.

Rachel Onyegbule, a Nigerian first-year medical student in Lviv was left stranded at the border town of Shehyni, some 400 miles from Ukraine’s capital, Kyiv.