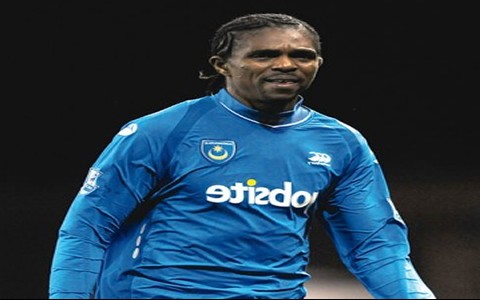 Portsmouth are considering punishing former Super Eagles captain Nwankwo Kanu for his continued absence from club activities while he stays in Nigeria.

The veteran striker missed training for a second day on Tuesday as his teammates took part in a double session at Fratton Park.

The reason for Kanu’s action is yet unclear to the club which he led to an FA Cup victory in 2008.

However, with negotiations having stalled over the £300,000 it is claimed he is demanding – by way of a compromise agreement – to rip up the final 12 months of his Blues contract, it appears he has opted to take drastic action.

That has left administrator Trevor Birch echoing Michael Appleton’s intention to punish Kanu for his failure to attend training.

And Pompey’s administrator is also threatening to call in the Professional Footballers’ Association if Kanu’s training boycott continues.

Birch said, “Kanu is back in Nigeria, that is the understanding from his legal adviser, who I have been speaking to. I don’t actually know why he hasn’t come back. You will have to phone him and ask him.

“What I do know, though, is we have not reached a compromise and he was due back on Monday along with the rest of the contracted players. Then he just didn’t turn up.

“I was down at the training ground both Monday and yesterday (Tuesday) and Michael Appleton is very angry, which is understandable.

“Kanu must turn up for training, or this is a breach of contract.

“Whether it is sufficient enough to terminate his contract I don’t know at this stage, we will have to wait and see.

“He will have to be disciplined, though. What we intend to do is an internal matter. I cannot talk about that.

“However, if it is a continued absence we will have to bring in the PFA.”

Kanu, along with the rest of his team-mates from last season, agreed to wage deferrals in April.

Currently operating at a £5,000-a-week ceiling, players will receive any outstanding monies upon their departure.

A takeover would also see the deferrals settled in full.

Pompey’s longest-serving player lost money when the club previously went into administration in 2010.

Two years ago, Kanu renegotiated a one-year deal at £40,000 a week to be spread over a three-year contract, thereby helping the club.

With Kanu clearly having no future at Fratton Park, Pompey have been desperate to reach a compromise agreement with him since last season reached to a close.

Birch has claimed the FA Cup Final hero has wanted £300,000 to leave the club, which led to much criticism.