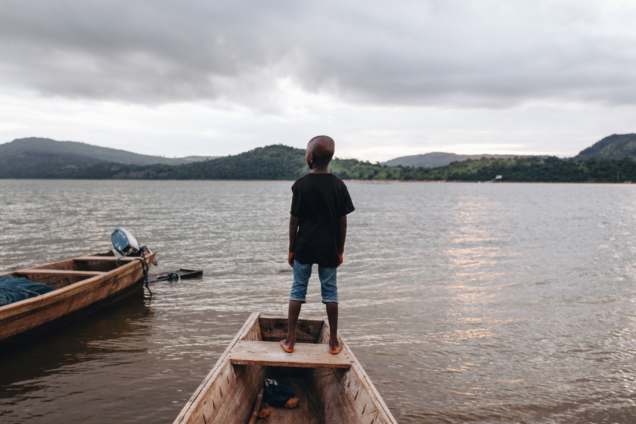 The increase in the world’s population has been accompanied by lots and lots of inequalities and a weakened social contract from the era of civilisation to the 21st century.

Traces of inequality can be marked from ancient history through to today. For instance, the era of slavery and colonization displayed a lot of inequalities in the human race where others, were dominated with very few privileges whiles others, were also sold and made to serve as slaves.

Urbanisation and the advent of technology have also been a major factor which has led to diverse forms of inequality in our society today. In addition to the above global trends which had also initiated inequality include shifting of global power, ageing and globalisation.

It is very sad to know how the social contract in our world has been destroyed due to some human actions putting many vulnerable groups into extreme poverty while they amass their income and wealth.

It appears that the mantra of “UBUNTU, I am because you are” seems not to exist anymore because the focus has been shifted to self-satisfaction and development without consideration of the less privileged in society. This is the extent to which the social contract of the world has been destroyed.

During the COVID-19 pandemic, it was very surprising to see how the top 10 richest men in the world had an increased wealth while over 120 million people across the world were drenched in poverty, with no adequate aid to rescue them.

The rate at which inequality is reigning in our society has broken apart the social solidarity that existed among us leaving behind too far people and failing to protect our planet.

About seven years ago, a forum was held by the International Development Community, with an agreement on bringing about transformational development to the world through the reduction of inequality among countries, thereby achieving goal 10 of the UN Sustainable Development Goals.

However, the realisation of this vision has been very challenging due to several opposing factors including the unprecedented concentration of wealth and income, and the elite capture of political processes and institutions, to mention but a few. Further, the recent Russia-Ukraine war has led to many global crises including the rise in prices of commodities such as oil, flour, rice, gas and so on, which has reduced the standard of living for many people across the globe. This has put the world in a fractured position with inequality at its peak.

The rise of inequality moreover has put vulnerable individuals across the world into a very depressive state because the capabilities and opportunities of such individuals are determined by their colour, gender, race and even place of residence. Notwithstanding, inequality exists in all sectors of the world- economic, political and social sectors.

Economic inequality can be traced back to historic injustice which has thrived into the age of financialization and hyper-globalisation driven by asymmetries in global trade, investment and financial environment which has fostered the concentration of rent and tax avoidance. This is also an unequal wealth distribution with greater concentration in the top 10% of rich people in the world.

Social inequality can be defined as the disadvantages associated with a status group, which further result in marginalisation by constraining the life chances and well-being of people. Stratification has been in existence due to the differences in social groups which has distinguished some groups as vulnerable to others because of their social class or status. This has left these vulnerable groups in a depressive state because their credentials (social status) have become a barrier for them to maximize their potential.

For instance, the recent pandemic-COVID-19 made it clear that some people because of their social status and place of residence lacked access to preventive information about the COVID-19 pandemic while some also have no proper health facilities to cater for the health needs of its members.

Moreover, 85% of people without electricity and potable water live in rural areas, with a negative impact of these shortages on their education, business, health and income.

It is also these poor and vulnerable groups who suffer the consequences of the air pollution caused by these massive industries owned by the top 10% of rich people in the world. This however should not be the case.

It is to be noted that economic and social inequality are both driven by political inequalities as the elite group ( selected few) of society amass power and influence to attain a system that is at the convenience of just a few individuals at the expense of the many.

These elite groups yield influence and power over policies and legislations through diverse strategies including lobbying and the control of the media.

Even though women have equal voting rights, there have been little improvements in advanced capabilities such as active participation in political decision-making. Research shows that only 26% of the national parliament seats are held by women.

These and many others are the inequalities existing in the various sectors of the world. The existence of these multiple crises and inequalities in our world today, with all manner of injustice, has compelled many to question the principles and values along with the public institutions our societies are founded upon.

What the early philosophers like John Locke, Thomas Hobbes and Rousseau called the social contract. Clearly, we see that the social contract which produced economic growth and development, justice and fairness has been broken and therefore cannot hold the transformative vision of the 2030 Agenda.

There is therefore the need for a new eco-social contract that promotes inclusive, democratic and participatory decisions making processes at multiple levels and feeds evidence-based policy proposals into decision-making forums without any form of injustice, or discrimination but that which further promotes national growth and development.

Agreeing with the call by the UN Secretary General, it is time for a new eco-social contract to be established. This contract will help in the realisation of the 2030 Agenda of the United Nations.

For this new contract to be sustainable, there is a need for a broad societal and global agreement to know what the common public interest is, how to attain it and ways to provide funds for it.

The achievement of this won’t be on a silver platter but can be achieved through a fair, participatory and democratic process. Moreover, there must be a clear-cut goal that is time-bound and guided by values and principles so that there won’t be any deviation from the target.

This new eco-social contract will play a key role in redesigning the variety of connections that has been made worse. It ought to be founded on readjusting dominant gender roles and relationships and addressing historical injustices globally.

These goals can however be achieved by the implementation of some eleven (11) policies, which are:

Looking at the economic policies in the above bulletin, we can ensure a more inclusive and sustainable economy by restructuring the role of the state in economic affairs.

This is because the current economic policies often than not seek to favour only those in big businesses without consideration to those in small-scale businesses and also those in the informal sectors.

Social and solidarity economy is also an alternative to achieving a more sustainable economy. This can be done by promoting all forms of production, exchange and consumption that protects both people and the planet.

They consist of social services and universal social protection, coordinated care systems, and labour market regulations that support respectable employment. They must be founded on a just fiscal agreement in which the wealthiest pay comparatively more than the poor while fostering creative financial tools that aid in the shift to sustainability.

Adding up, transformative change can be supported by a new narrative, one that abandons the falsehood of self-correcting markets, and endlessly renewable natural resources and one that downplay development.

Progressive leaders, active citizens and social movements need to join forces to achieve a truly inclusive vision of climate and justice for all.

The implementation of these policies will be a drive to achieve social justice, promote economic development and also ensures the eradication of inequality in society.

We can further look forward to a peaceful co-existence among individuals within the society and a glorious success in the achievements of the Sustainable Development Goals.

DISCLAIMER: The Views, Comments, Opinions, Contributions and Statements made by Readers and Contributors on this platform do not necessarily represent the views or policy of Multimedia Group Limited.
Tags:
Joseph Kobla Wemakor
sustainable economy