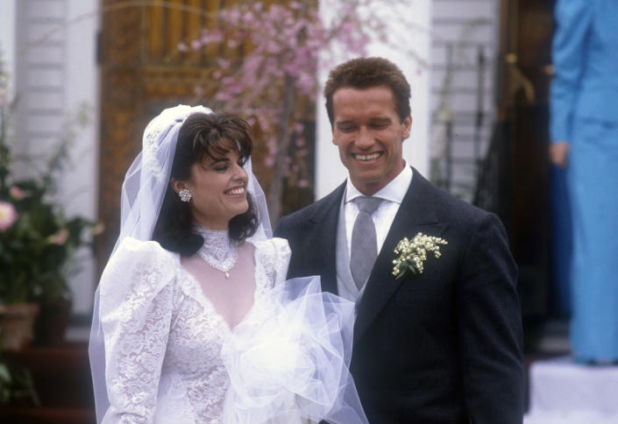 Schwarzenegger was at the top of his game with blockbusters like The Terminator (1984) and Commando (1985), and he had just married broadcast journalist (and Kennedy family member) Maria Shriver. Tom Brokaw had introduced them at a charity tennis tournament and they wed on April 26, 1986, in Cape Cod, Mass.

Schwarzenegger was in the thick of shooting Predator in the jungles of Mexico at the time, starring as a Vietnam veteran whose military rescue team is hunted by a fiercely intelligent, dreadlocked E.T.

The star figured he might as well take his new bride to the Mismaloya, the forested cove on Mexico’s western coast as part of their honeymoon.

To paraphrase his character Dutch, that idea did not get better by the minute.

“That was a bit of a mistake,” Schwarzenegger told us during a 2015 Role Recall interview (watch above, with Predator beginning at 2:51).

“The first night, Maria and I were checked into a hotel room, and she wanted to take a shower. So she opened up the curtain and the whole bathtub was filled with frogs. They were all jumping around. She freaked out. That was the end of that honeymoon idea.”

Schwarzenegger and Shriver had four children together before separating in 2011 and finalizing their divorce in 2021.

The couple’s honeymoon fail was one of many issues encountered while shooting Predator, which was released 35 years ago, on June 12, 1987. Members of the cast, which also included Carl Weathers, Bill Duke and Jesse Ventura — endured cold jungle temperatures, rugged terrain and multiple battles with Montezuma’s Revenge.

Another member of the ill-fated ensemble was Jean-Claude Van Damme, who was just starting to find work in Hollywood after emigrating from Belgium. He was hired to play the deadly alien.

His tenure lasted about as long as Schwarzenegger and Shriver’s Mexican honeymoon.

“It was a nightmare, because the outfit was made of rubber and it was so hot in Mexico,” Van Damme, who believed at the time he’d be more visible grappling with the biggest movie star on the planet, told us during a 2019 interview (watch below). “People [were] pass[ing] out without the outfit. And I was there sweating water. And then they put some sort of tube for air conditioning. It was too cold. Too hot, too cold.”

“He said, ‘Don’t argue with Joel Silver because then you’ll be burned in town.’ I was like, ‘What do you mean?’ ‘Just don’t say nothing, wait until he’s firing you. Wait until he fires your ass.’”

Van Damme was fired soon enough, eventually replaced by stuntman Kevin Peter Hall, who had just played the sasquatch in 1987’s Harry and the Hendersons.

While a tough break for the industry newbie, it was short-lived. JCVD’s breakout hit Bloodsport (1988) was released just eight months after Predator, turning him into an instant action sensation.

DISCLAIMER: The Views, Comments, Opinions, Contributions and Statements made by Readers and Contributors on this platform do not necessarily represent the views or policy of Multimedia Group Limited.
Tags:
Arnold Schwarzenegger
Mexico
Predator