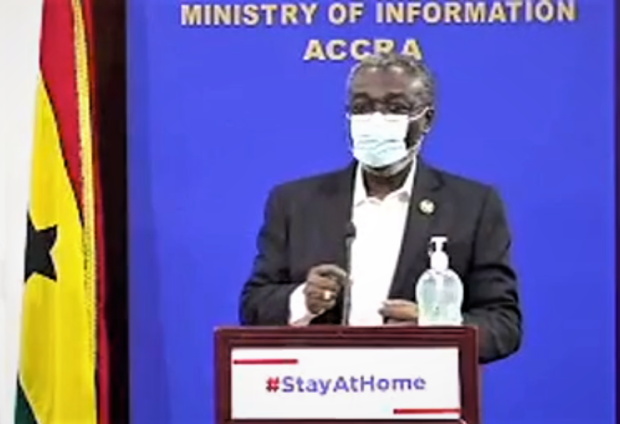 Presidential Advisor on Health Dr Anthony Nsiah Asare has clarified that he based his projections of Ghana’s COVID 19 situation on a hypothesis by the World Health Organisation (WHO).

He told a press briefing Wednesday, that Ghana would not hit the 3 million infection rate and 15,000 death prediction as reported.

“I said that is not the case in Africa. Based on the facts and data we have, we have realized that our actual figures are far below what the World Health Organisation (WHO) had quoted.

He stated that his projection is based on a baseline projection that 10% of Ghanaians are likely to test positive for the virus before infections peak.

However, he debunked these earlier statements he made which suggested that the case of Ghana will follow the prediction of the World Health Organisation.

“It’s not true that in Ghana will have 3 million people infected before we leave the peak. We will never see that because the number of deaths in the country is nine and if you calculate it according to the percentage of people who have been infected, it is 0.7% , nowhere near the five percent,” Anthony said.

According to him, the data from the WHO, moved the government to implement the measures that are in force to reduce the spread of the virus.

He, however, noted that there are increasing numbers of modelling as various experts are predicting the impact of Covid-19.

Meanwhile, he has appealed to the public to continue adhering the laid down safety protocols to aid the fight against coronavirus in the country.