Prof. Opoku-Agyemang's clean and clear message will impact significantly on how decent politics should be done in Ghana- AFCSOs - MyJoyOnline.com

Prof. Opoku-Agyemang’s clean and clear message will impact significantly on how decent politics should be done in Ghana- AFCSOs 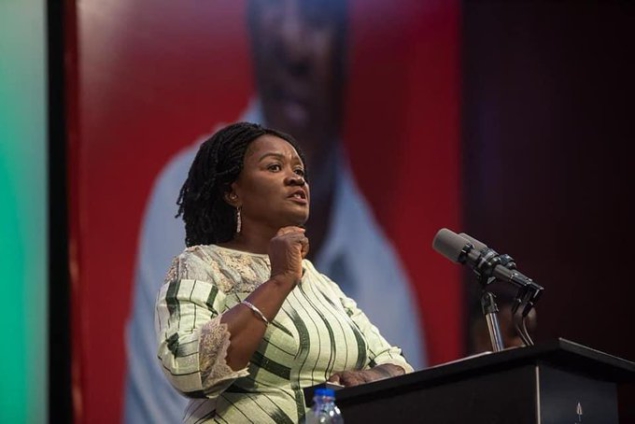 According to them, her clean and clear message will impact significantly how politics should be done in the country.

They said, “Her message so far has been one that encourages peace, encourages party executives and sympathizers to practice politics of no insult, one that advises campaign based on issues and development.

“This, the Alliance finds encouraging as a way forward to promoting peaceful co-existence and promoting democracy. “

Prof. Opoku-Agyemang has been on a regional tour speaking to opinion leaders and the general citizenry.

According to the Alliance, her style of political communication has garnered a lot of affection and respect for her on the campaign trail, further illuminating the significance her contribution as a woman would have on politics in the country.

“The Alliance is motivated by her style of engagement as this has been confirmation of the Alliance earlier position that if a woman is nominated or voted into a high office in the political ladder the dynamics of doing politics in Ghana will change positively.

“As a result of her style she has widely been accepted in all the regions that she has visited so far,” they said.

The Alliance also congratulated her on her enskinment as “Ziiniaya Daana” which means queen of development and light by the Chief of the Samini community, Poanaa Ayishetu Abdulai Sheriga.

According to them, “Her enskinment signifies the preparedness of our traditional authority to accept female leadership and is further deepened by the fact that she was enskinned within a community that is led by a chief who is a woman”.

They further encouraged her to continue her engagements in the manner that she has started and advised others to same.

“We also pledge our unflinching support for her [Prof. Naana Jane Opoku-Agyemang] and other competent and highly qualified female office-seekers and holders especially parliamentary candidates and believe she will continue to engage with stakeholders and all citizens in Ghana in the manner that she has started,” the Alliance concluded.