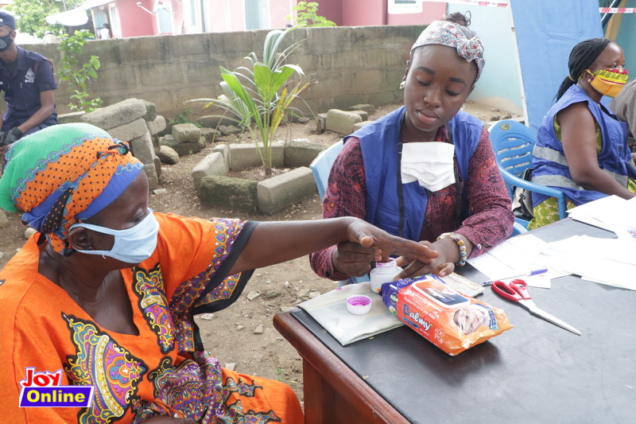 President Akufo-Addo has taken a jibe at the opposition National Democratic Congress (NDC) and others who opposed the compilation of a new voters registration.

Describing the opponents of the exercise as “Professional Jeremiahs” considering their lamentations about how things will spiral out of control in the country’s attempts to control the Covid-19 cases, he said none of that happened much to their chagrin.

Lauding the Electoral Commissioner and her team for doing a yeoman’s job, he said even those who were cynical took advantage of the measures put in place by the EC to register.

The President said he is content with the ‘orderly and safe’ manner in which the exercise was carried contrary to general objection by a section of the public that going ahead with the registration will lead to a spike in the number of Covid-19 cases and deaths.

“And, there were those who claimed that, in the midst of a pandemic, the registration exercise should not be conducted, with some warning of an “explosion” in our case count and very high numbers of deaths, should the exercise go ahead. By the grace of God, the work of the Electoral Commission, and the effective measures put in place by Government, these prophecies of doom did not materialise.

“There were, nonetheless, deeply regrettable, isolated incidents of violence, which I condemn unreservedly, and which I expect the Police to deal with without fear or favour, but the exercise was generally peaceful.

The President said Ghanaian have, by the conduct of this exercise, demonstrated their commitment, once again, to consolidating our status as a beacon of democracy on the continent and in the world.

“The professional Jeremiahs and naysayers, who seek, cynically, to make a profitable industry out of spreading falsehoods, fear and panic, stoking divisive, ethnic sentiments, underestimate the resolve and the determination of Ghanaians to build a united, democratic, peaceful, prosperous, and happy Ghana.

“We will continue to work hard to prove them wrong,” he said.