Punishment meted out to Maxam is not grounded in law – Edward Bawa - MyJoyOnline.com 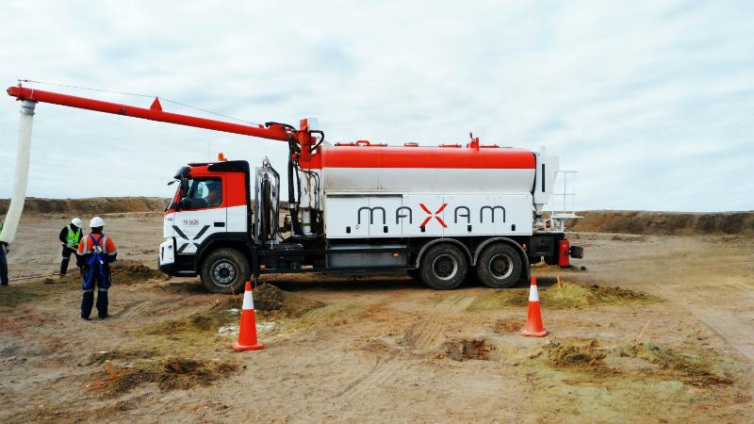 Bongo Member of Parliament (MP), Edward Bawa has said that the punishment meted out to Maxam Ghana Limited for its involvement in the Appiatse explosion, is not grounded in law.

His assertion follows the Lands and Natural Resources Ministry slapping  Maxam Ghana Limited a fine of $1m and $5 million for regulatory breaches regarding the manufacture, storage, and transportation of explosives for mining and other civil works.

The Ministry explained that Maxam Company Limited breached safety protocols relating to the transportation of the the explosives that later exploded and devastated the Appiatse community.

Addressing Members of Parliament on Thursday after an urgent question was filled by Bongo MP, Edward Bawa on findings of the Appiatse Committee, the Minister said Maxam breached six mining regulations based on the principle of vicarious liability.

But the Company in a press statement on February 8, 2022 has since denied any wrongdoings as asserted by the Lands and Natural Resources Ministry.

The company said it did not breach the Minerals and Mining Regulations, 2012 (L.I. 2177) as indicated by a Three-member Committee set up by the Ministry to investigate the cause of the Appiatse explosion that claimed 14 lives.

Speaking on Top Story on Thursday, Mr. Bawa stressed that the Lands and Natural Resources Minister, Samuel Abu Jinapor’s punishment exerted on Maxam Company is not covered by any of the regulations.

This, in his view, is the reason Mr. Jinapor “himself goes on to say that they used administrative procedures to be able to fine these people.”

“There must have been something within the report that gave the Minister this particular thing to say that look, if we are even going to rely on L.I 2177 the punishment we want to give to Maxam to deter them from repeating such behaviours may not be enough and then on the strength of these, I am moving on to use administrative measures to be able to punish them,” he insisted.

He called for the two Committees set up by the Minerals Commission and Lands Minister which probed into the Appiatse explosion to make its findings public for the purpose of transparency.

The Bongo MP stated that “it is important to know whether even in the course of the investigation, whether it was only Maxam that was culpable in this.”

“If you look at the Regulation 2177 in terms of the management of the explosives, there is a role given to the Chief Inspector of Mines who works on behalf of the Mineral’s Commission, there is a role also given to the holder of Minerals right and of course the one who then transports that. The question is that, did these three bodies, did they all play their roles?” he asked.

Mr. Bawa alleged that because the reports were not made public, it has given them a reason to think that “the Ministry is not being transparent, the Ministry is hiding something.”