Rancard Solutions: End of an era as Kofi Dadzie bows out - MyJoyOnline.com

Rancard Solutions: End of an era as Kofi Dadzie bows out 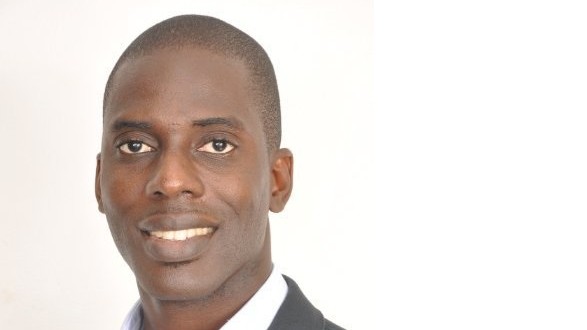 Kofi Dadzie couldn’t have envisaged that his exit from Rancard Solutions would be virtual.

But that’s exactly what it was. After 19 years as CEO, Dadzie’s final goodbye came at the end of a virtual meeting where he passed the baton to Ernest Osei-Owusu, the General Manager. It was the final step of his succession plan.

Dadzie and his co-founder set up Rancard in April 2001, barely a month after Dadzie returned to Ghana from the US. Their vision was to create a world-class software company, solving global problems at scale, out of Africa, and leading the way for African excellence. Friends and family who shared in that vision provided the ‘patient’ equity capital they required.

Dadzie was inspired by the dotcom era he’d witnessed, as a student at Vanderbilt University and as a software engineer at Dell Corporation, when young computer-savvy entrepreneurs rode on the fast growth of the internet to become overnight millionaires.

At the virtual final meeting, the Rancard team paid tribute to Dadzie for his exceptional leadership. They each recounted instances where Dadzie had personally influenced them with his drive, encouragement and support, and noted with deep appreciation his sacrifices and genuine commitment to their welfare.

It must have been an emotional time for Dadzie as he logged off Zoom in his home study, and reflected on the last two decades. In addition to being tearful, Dadzie must have been feeling anxious (about an exciting though uncertain future), elated (about his courage to move on), proud (about how far he’d brought Rancard) and grateful (to God and his family for love and support, particularly during the difficult years).

He must also have been feeling confident. Confident that Rancard would remain a world-class brand solving global problems at scale, out of Africa. Thanks to a combination of the calibre of the team and the hours Dadzie personally invested in both technical and personal development, he is in no doubt that he has left the baby he’d co-conceived, nurtured and developed in great hands.

Dadzie steered Rancard from the brink of insolvency, after it had run out of capital two years into the business. He’s scaled up, scaled down and then scaled up again, each time successfully leading Rancard through the, sometimes fraught, restructuring and resizing process. Dadzie has always reinvented himself and the company, and made Rancard even more relevant to its impressive customer base (in over 25 countries, including the likes of Google and Intel).

More importantly, he leaves a formidable global reputation based on a culture of innovation and a contempt for complacency and mediocrity, as well as a network of mentees staff and alumni who work around the world in global brands like Microsoft and Amazon.

The icing on the cake: Rancard was recently awarded a US technology patent in an emerging field that combines graph technology with artificial intelligence to create solutions that outperform current methods.

In leading and exiting Rancard, Dadzie has led the way for African excellence, displaying behaviours atypical of most African entrepreneurs. Amongst others:

Through such soul searching and evaluation, a few years ago, Dadzie decided to put a time frame to his exit, and to plan towards a successful transition. It was at this time he sought me out, to bounce ideas off me, and we ended up having many enjoyable conversations. A few of these lasted several hours, as in our shorts and trainers, we perambulated the sidewalks of East Legon, the suburb in Accra where Dadzie lived with his wife, Afua, and children.

After seeking and obtaining the blessing of his board, he focused on strengthening the skills, capability and capacity of his team, bringing in new hires where he felt necessary.  He relinquished the CEO role, becoming Executive Vice-Chairman with additional role of VP with additional oversight of product management, which took him to his engineering roots, designing software, architecting and coding of the products.

Constance Chuks said ‘Let the ovation be louder when you leave the stage than when you climbed it” I, along with the business community, give a standing, even if virtual, ovation to Kofi Dadzie.

Dadzie is not, as yet, sure which other stages he might light up. But were he to allow himself a rare and uncharacteristic moment of immodesty, he’d have to agree that the ovation that will accompany his exit from the next stage would be even more rambunctious. And it’s unlikely to be just virtual.