Reconstruction of Bogoso-Appiatse community to commence on May 15 - MyJoyOnline.com

Reconstruction of Bogoso-Appiatse community to commence on May 15 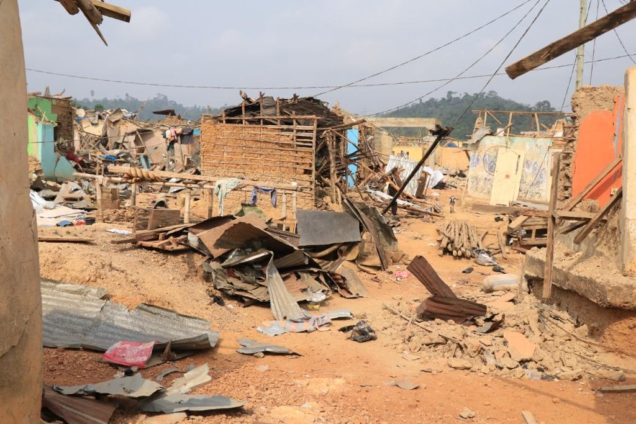 The reconstruction of the wipe-out Bogoso-Appiatse community is scheduled to start on Sunday, May 15, 2022.

This is according to the Deputy Lands Minister and the Chairman of the Appiatse Reconstruction Implementation Committee, Benito Owusu-Bio.

The announcement comes nearly two months after the inauguration of the Appiatse Reconstruction Implementation Committee.

The Appiatse Support Fund, which was set up to mobilise adequate funds to rebuild the community destroyed by a fatal explosion, has received over ¢35 million in donations so far.

Mr Benito Owusu-Bio, in a media engagement, disclosed that the contractor(s) and designs for the reconstruction will be made known in two weeks.

According to him, the stipulated time is also to allow the Ministry of Roads and Highways to do their road layouts.

“Within two weeks, we will be able to have selected whoever will be constructing the building and the designs. Within the stipulated time, the Ministry of Roads would have been there to do their road layouts. That is a big step, without which we can’t proceed. We can do many things concurrently. We will also be able to give proper estimates.”

“Hopefully, by May 15, we should have commenced rebuilding the community.”

Last Friday, a heavy downpour disrupted the lives of over 50 persons who were displaced by the Appiatse explosion.

About the unfortunate situation

Thirteen people were killed, and 179 others were injured in the explosion on Thursday, January 20, 2022.

The explosion is said to have been caused by a collision between a vehicle transporting explosives to a mining site and a tricycle.

The truck involved in the explosion was heading to Chirano Gold Mines.

According to the mining company, the truck belongs to Maxam Ghana Limited, a mining services contractor.

Through the Lands and Natural Resources Ministry, the government imposed a fine of $6 million on Maxam Ghana Limited.