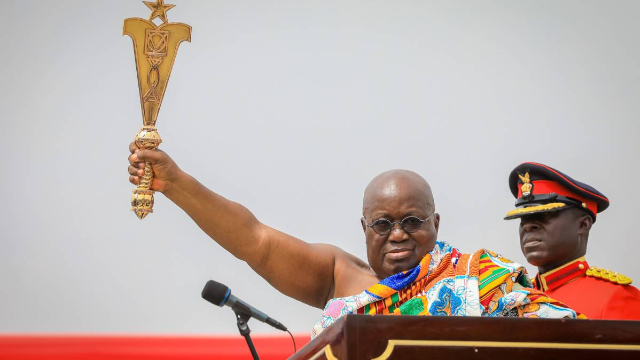 The Programmes Manager in charge of the Democratic Governance at Women in Law and Development in Africa (WiDAF), has advocated for the reduction of the presidential age to promote youth participation and inclusive democratic governance.

Frank Wilson Bodza said the youth of Ghana formed almost half of the country’s population and it was imperative for them to be well represented at the decision making processes to articulate their concerns and find solutions to improving their wellbeing.

He said, reducing the age of the presidency from its current 40 years as the lowest age to 35 or 30 years would open opportunities for the youth who have the resources and willing to participate in governance issues to deepen the democratic credentials of the country.

Mr Bodza made the call in Bolgatanga, in an interview with the Ghana News Agency, after a capacity training programme on the African Charter on Democracy, Elections and Governance (ACDEG) for Civil Society Organisations (CSOs) in the Upper East Region.

It was organised by Action Aid Ghana, a non-profit organisation, on the theme, “mobilising civil society support for the implementation of the African Governance Architecture”, with funding support from the European Commission.

ACDEG, promulgated and adopted in 2007 by all member states of the African Union (AU), is a road map that sets out international standards on good governance and democracy on the African continent.

The Programmes Manager stated that Ghana ratified the Charter, but its recommendations and agreed principles which were in consonance with the 1992 Constitution were not fully implemented.

He said for Ghana to achieve the United Nations Sustainable Development Goals (SDGs), there was the need to institute and enforce policies and programmes geared at promoting youth participation in governance system and creating opportunities for the vulnerable including women and Persons With Disabilities (PWDs) to be part of the governance process of the country.

Mr Bodza recommended that the appointments of Metropolitan, Municipal and District Chief Executives and other higher levels of decision making should involve youth, PWDs and women to ensure effective participation in governance.

“In the fourth republic, we have not achieved 20 per cent or 30 per cent of women appointments into public offices as stipulated by the SDGs agenda and that is not fair.

It is not fair in the sense that with all the 124 Ministers, only 23 are women and it is about 18.6 percent. If you take Parliament, for instance, we have only 38 out of the 275 Members of Parliament being women, representing about13.1 percent”,  he said.

He, therefore, advocated for the passage of the Affirmative Action Bill and other gender parity initiatives to be implemented to achieve the SDGs particularly goal five, which emphasised on gender equality and balance.

Mr Yakubu Akuka, Programmes Officer, Action Aid Ghana, stated that the programme was to build the capacities of CSOs to advocate the implementation of the ACDEG.