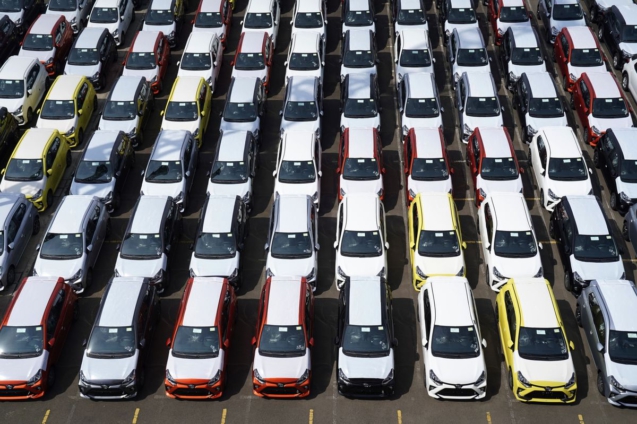 A Supervisor for Vehicle Valuation Unit of the Ghana Revenue Authority (GRA), Justice Njornan Magah Yadjayime, has disclosed that the state agency does not take into consideration the transaction value of vehicles when setting tax rates.

Speaking on JoyNews’ AM show, he explained what the law governing vehicle valuations provides.

“Per the law, we don’t look at your transaction value, if it’s a used vehicle. If they are new vehicles, we go through your invoice, we make sure that it’s reasonable; that is how much you have actually paid for it then we use it for valuation. But if it’s a used vehicle, it’s treated differently.”

According to him, the law allows the customs division to use the manufacturer’s suggested retail price in the valuation of used vehicles, explaining the term as “the price that was actually sold to the first user of the vehicle by dealer in such vehicle.”

He explained that all individuals are directed to pay the same rate of tax for vehicles which are the same, regardless of the differences in individual costs of original purchase.

Mr. Yadjayime said what may change the order is the exchange rate variations.

“…Unless of course there’s exchange rate variation which will account for that, if not you’re supposed to (pay same rate of tax.) This is just to be fair to everybody,” he said.

However, in a new directive, the Ghana Revenue Authority (GRA) has reversed the 30% discount on import values of goods as well as the 10% discount on Home Delivery of Vehicles.

According to the state agency, the directive takes effect from January 1, 2023.

In a statement the GRA said “following the budget statement and economic policy of the government of Ghana for the year ending 31st December 2023, dated 24th November 2022, the Ghana Revenue Authority (GRA) wishes to inform the trading public of the complete reversal of the 30% discount on import values of general goods and 10% discount on home delivery value (HDV) of used vehicles effective 1st January 2023.”

DISCLAIMER: The Views, Comments, Opinions, Contributions and Statements made by Readers and Contributors on this platform do not necessarily represent the views or policy of Multimedia Group Limited.
Tags:
Ghana Revenue Authority
Justice Njornan Magah Yadjayime
Revenue Mobilisation