Rising interest rate and rising inflation – Is the economy non-responsive or simply misunderstood? 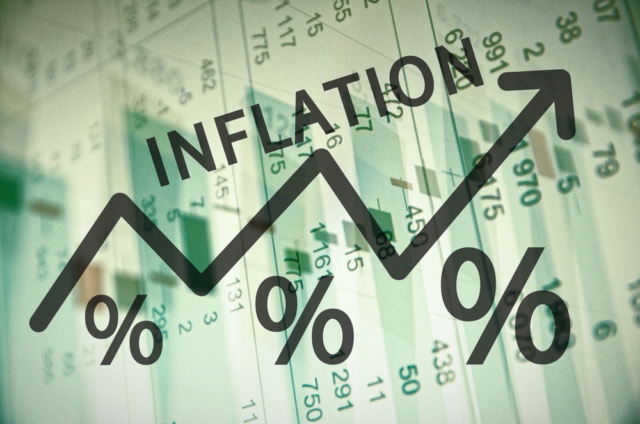 A sick person may be non-responsive to a particular type of medication, or it could well be that the doctors may have mis-diagnosed what is actually wrong with him.

In paragraph 28 of the Mid-Year Budget Review Statement, the Finance Minister said, “Mr Speaker, the Bank of Ghana increased the Monetary Policy Rate cumulatively by 450 basis points between March and May, 2022 and reserve requirements to 12 percent to help address rising inflation and currency depreciation. This led to a significant increase in interest rates and financing costs and a drop in liquidity leading to roll-over pressures.”

Let me simplify this.

In spite of the Bank of Ghana increasing the Monetary Policy Rate cumulatively by 450 basis points between March and May, 2022 , to help address rising inflation, the economy was non-responsive, and inflation rather surged from 19.4% in March, 23.6% in April, 27.6% in May and 29.8% in June.

The basic economic theory underpinning raising the policy rate to fight inflation is that raising the policy rate leads to higher interest rate charged by commercial banks, cost of finance goes up and that helps to reduce borrowing for and spending on consumption, thereby reducing demand for goods and services and, hence, help to bring down inflation.

Rising prices may be caused by supply chain bottlenecks such as Covid, or rising price of a major factor of production and distribution such as petroleum products, caused by events like the Russia-Ukraine war. How you address rising inflation cannot be one size fits all.

Unfortunately, that is how as it appears many Central Banks across the world are reacting to the global inflationary pressures at the moment. The common theme has been for major central banks to announce “further monetary tightening” as the IMF put it in its G-20 Surveillance Note of July 2022.

Simply put, major central banks have raised their policy rate as a tool to fight inflation, just as the Bank of Ghana has done. So, why has inflation in Ghana continued to surge forward in spite of rising policy rate and rising interest rate for businesses and consumers?

The key answer is that the rising cost of borrowing only succeeds in denying the local productive sector access to cheaper credit. Ghana imports so much of everything. The people who are engaged in imports are not bothered by rising cost of borrowing. You know why? They end up passing that cost to the consumer as part of the new prices of the same product, when the next batch of goods arrive in the country.

The Bank of Ghana is aware of the fact that rising fuel prices resulting from the Russia-Ukraine war is at the core of the current global inflationary pressures. There is no doubt that Ghana has enough food at the moment. I still find basic locally-produced foodstuff whenever I go to the market.

Yet, every time, the prices keep going up. This is not because demand for tomatoes or yam or fish is rising for which reason the BoG need to raise the policy rate to curb demand. The reason for the rising prices is simply a factor of rising fuel prices. Rising interest rate is only going to keep the economy import-dependent, since the productive sector in Ghana cannot compete with imported products when interest rate is in excess of 30%!

On the other hand, if the BoG reversed the trend and rather made cheaper funds available to the productive sector through quantitative easing, for example, abundant availability of locally-produced goods at cheaper prices could very much offset the impact of rising fuel prices and thereby fight off inflation.

Imagine if the Bank of Ghana gave GHS50 billion directly to the productive sector of the economy, through the Development Bank, at zero interest rate. These businesses would be producing at significantly lower cost.

Ghanaians would be buying. If businesses exceed local demand for their products, they would be exporting to the rest of Africa, taking advantage of the African Continental Free Trade Area (AfCFTA).

The BoG can calculatedly use this type of monetary easing to bring Ghana’s interest rate to single digit, just as you have in developed countries, backed by the real productive sector that would be producing for local consumption and for export!