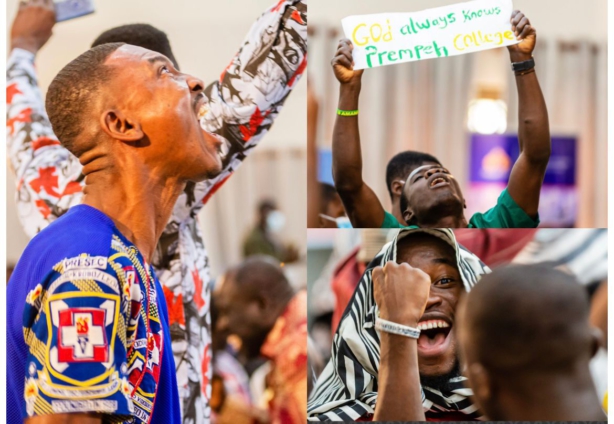 It is here! The grand finale of the 2022 National Science and Maths Quiz (NSMQ), that seeks to make or break records; one that seeks to humble two giants and uplift a not-so-giant but a force to reckon with and certainly, one that will be remembered.

Why? The three regions with the most trophies are squaring off with one another for glory. But that’s not all.

The defending champions are on course to complete a back-to-back which would not be the first time it’s been done. Prempeh College is seeking to equal PRESEC Legon’s record of doing so.

That is far from all of it. PRESEC Legon has won the NSMQ trophy six times and Prempeh College is seeking to smash that record as well.

Then, Cape Coast powerhouse, Adisadel College are also seeking a second glory in the science and maths competition after enjoying the most appearances at the final since 2016.

Everything is on the line for the three competing schools, it’s all or nothing!

A make or break, a do-or-die affair—the stakes are high, bragging rights are on the line and the opportunities for the winners are just too juicy to settle for a runner-up position.

This is why all fans, old students and current students and staff will be glued to their sets and watching all the action live on JoyNews on Wednesday at 3:00pm.

None of the schools is an underdog and so they all know what to expect from one another, only the best.

For Adisadel, they face the pressure of returning the trophy to the Central Region with the region already on a two-year trophy drought as the 2020 title went to PRESEC Legon in Accra and 2021 stayed in Kumasi.

Prempeh wants the bragging rights as host and win stylists while PRESEC Legon wants to extend the lead at the top rather than seeing it smashed.

Which of them will triumph? A look at their journey in the competition may help you pick a favourite if you don’t have one yet.

Adisadel’s road to the final

As a seeded school, Adisadel began their campaign from the one-eighth stage where they met Koforidua SHTS and Acherensua SHS.

The contest was a walk in the park for them as they simply shrugged off the challenger who made their way to the one-eighth stage through the preliminary rounds.

That contest ended: ADISCO- 52, KSTS-30 and Acherensua SHS- 01. Their quarterfinal triumph was less impressive and they narrowly escaped an upset.

Adisadel faced off with Assin State College and Swedru SHS who are known for slaying St Augustine’s College in 2018, making the two-time winners miss out on the 2018 competition.

Then, the semifinals where they picked up the last slot to the grand finale and a nail-biting contest which saw them take out their allies from Cape Coast, St. Augustine’s College and hosts, Opoku Ware School.

OWASS only botched their lead in that contest after a tactical substitute which they hoped would bury the game as he had on previous occasions had a bad day.

PRESEC’s Road to the final

PRESEC Legon, like Adisadel, were a seeded school in the 2022 competition and also began their campaign from the one-eighth stage.

They faced Asanteman SHS and Shama SHS in the first round of elimination contests and clinched an easy win with 54 points.

Then in the quarterfinals, the six-time champions faced Pope John Seminary SHS and Accra Academy where they again stretched their dominance over the two challengers, stopping Accra Academy’s dreams of NSMQ glory although Pope John have won the competition before.

Then, in the seminals, PRESEC once again met another school determined to upset them, St James Seminary SHS who had a good run in the competition until their defeat by PRESEC.

As for Kumasi High School which also featured in that semifinal clash, they only escaped leaving the contest with zero or less points after ending with 8 points.

St James amassed 35 points while PRESEC won it with 51 points and thus, a fourth grand finale in a row.

Prempeh College’s road to the finale

The Accra school was looking to rewrite their fortunes in the competition but the heat from the contest sent them back to regional qualifiers once again.

The contest was close and ended in a six-point victory for the defending champions as the scores stood: Prempeh College, 46, St. Thomas Aquinas, 40 and Ofori Panin SHS, 25.

Then, they faced off with Mawuli School from Ho and Aburi Presby SHTS where they once again resisted an upset to win by six points.

At the end of the contest, the points were: Prempeh College, 47, Aburi Presby SHTS, 41 and Mawuli School, 32.

And finally, they faced Mfantsipim School from Cape Coast and Presby SHS, Abetifi when once again, they won by a six-point margin.

It feels like this might be it. They are chasing a sixth title and have won by six points until the final. It just could be it. Is it a sign? Only time can tell.

Their semifinal clash ended with Prempeh College leading with 49 points, Presby SHS, Abetifi with 43 points and Mfantsipim School with 41.

The grand finale of the 2022 NSMQ comes off on Wednesday, October 26.

All three contenders are sure of victory. They have put in all effort and count on it paying off, they say. All the action will be live on JoyNews TV, Joy FM and MyJoyOnline.com.

Would PRESEC’s record be smashed or would the Legon giants extend the lead at the top? Or Adisadel will prevent those possibilities and lift their second title?

😎🤜🏿 have you met them yet?
Good morning. #NSMQ2022 #NSMQFinal pic.twitter.com/YFP4aXplDB

It’s the triple threat brought to you by Primetime Limited.

DISCLAIMER: The Views, Comments, Opinions, Contributions and Statements made by Readers and Contributors on this platform do not necessarily represent the views or policy of Multimedia Group Limited.
Tags:
Adisco
NSMQ
NSMQ 2022
Prempeh College
Presec