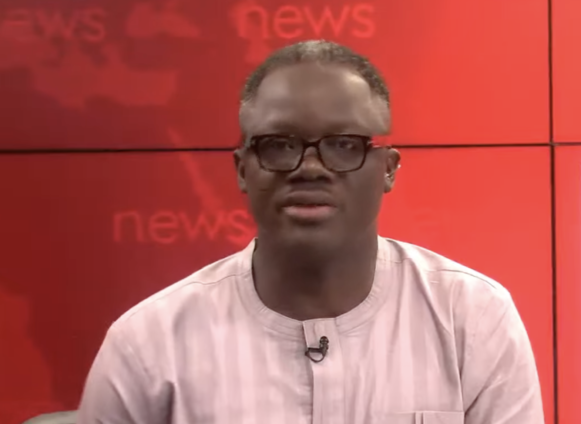 Occupy Ghana has petitioned the OSP to investigate the case of the corrupt wealthy businessman who went to parliament a couple of weeks ago with bags of cash to bribe 95 NPP MPs who demanded the sacking of finance minister Ken Ofori Atta and his deputy Charles Adu-Boahen.

The OSP has quickly commenced investigations. Trust Occupy Ghana to literally hound the OSP to ensure this serious criminal conduct is not allowed to slide, that’s if there was any such sign.

As you know, a businessman carted cash to parliament as bribes to 95 law-makers who refuse to name him, let alone cause his arrest for such a serious crime. Both political and moral leaders of this country have acted as if nothing has happened.

Spokesperson for the MPs, a lawyer of “good character”, simply told the world a cock-and-bull story that they took the money but later returned it and advised this man, who should be in custody, against the conduct.

The Majority Leader, Osei Kyei-Mensah Bonsu, corroborated the allegation. But we have not heard anything about his promise that parliament will investigate it. How many of the MPs took the bribe, and at what time did how many of them return it to this corrupt businessman, who had to wait for how long to take back his bribe money? If we can’t be helped by the CCTV in parliament, none of the MPs took evidence of the criminal conduct they were so appalled by?

Until these MPs name, shame and get this man jailed, I elect never to believe them. I hope their constituents will not support the conduct and they will like to show their disapproval by punishing them at the polls. What country are we building for our children?

The constitutional imperative is that “the State shall take steps to eradicate corrupt practices and the abuse of power”. We all have a patriotic and legal duty to report crime. Law-makers have an even higher obligation.

What serious country with citizens of “good character” and serious leaders accept this?

Dear Special Prosecutor, spokesperson for the MPs, MP for Asante-Akim North and a former deputy minister of Railway Development, Andy Kwame Appiah-Kubi, now says he is ready and willing to assist investigations.

Dear SP, the CDD’s afrobarometer survey 2019 confirmed the frightening culture of normalization of corruption. Your duties as found in your regulation 31 include the onerous task of preventing greed, unethicalness, corrupt public attitudes, culture and traditions.

Kissi Agyabeng, you have so far demonstrated enough to assure us you will deal with corruption decisively regardless who is involved.

Like Anas Aremeyaw Anas and his Tiger Eye team, we must never allow a culture of a “galamsey economy” but pursue the Anas principle to help save Ghana.

This unnamed businessman, is he benefiting from the economic mess and conflict of interest concerns the MPs raise against the ministers that they join many Ghanaians to ask the President to get rid of?

DISCLAIMER: The Views, Comments, Opinions, Contributions and Statements made by Readers and Contributors on this platform do not necessarily represent the views or policy of Multimedia Group Limited.
Tags:
Samson Lardy Anyenini