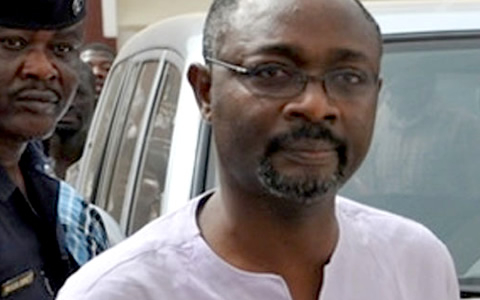 In a statement released Thursday, the group expressed appreciation to the former Attorney General, "for his unrelenting fight against corruption especially in this particular case."

In a Supreme Court ruling, Mr Amidu was given the opportunity to orally examine Alfred Agbesi Woyome who is yet to pay a GH¢51.2 million debt owed the state.

Below is the full statement from CitizenGhana Movement.

CITIZENGHANA MOVEMENT SPURS ON HON. MARTIN AMIDU IN THE QUEST TO RETRIEVE THE GHC51.2 MILLION FROM ALFRED AGBESI WOYOME

On Wednesday November, 16, 2016, the Supreme Court delivered a ruling whose effect will be to compel Mr. Alfred Agbesi Woyome to appear before the apex court to be examined on oath by Hon. Martin Amidu concerning the retrieval of the GHC51.2 million which the Court held in July 2014 to have been wrongfully paid to Mr. Woyome.

We at CitizenGhana Movement welcome this landmark ruling as we consider it a significant boost in the fight against corruption – an arch nemesis to good governance. The ruling empowers all citizens to live true to the constitutional obligation to protect and preserve the public purse under Article 41(f).

We, therefore, wish to encourage citizens, anti-corruption crusaders and the whole of civil society to take advantage of this important decision in their work and ultimate quest for good governance.

In concluding, we wish to recognize and appreciate the singular efforts of Citizen Vigilante for his unrelenting fight against corruption, especially in this particular case. We encourage him to keep up with the good fight and we offer him the best assurances of our unflinching support.

We recognize the import of the case in empowering citizens to step up and take on the role of protecting the national coffers, especially in instances where the government reneges on this responsibility.

We look forward to November 24, 2016, when Mr. Woyome will be examined, and we remain hopeful that this matter will be brought to its logical conclusion with Ghanaians being the ultimate victors.