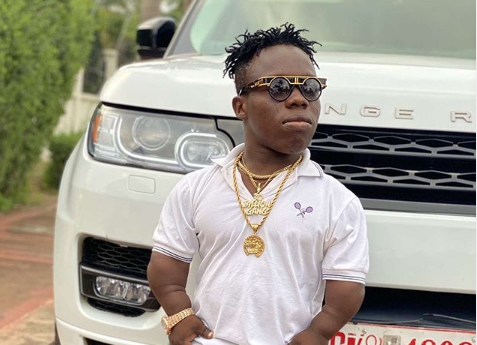 Shatta Bandle has reportedly welcomed his first child in May 2021.

The socialite, took to TikTok to share clips of himself spending some time with his daughter.

Bandle was seen cradling his baby girl in his arms while showering her with kisses.

His daughter was also enjoying the warm embrace as she silently latched onto her father’s shirt.

In some photos he posted on his Snapchat handle, Bandle was spotted at an event believed to be an outdooring ceremony for his baby.

In another photo, he captured the face of his baby girl, though he did not give much details about the baby.

Months after his daughter was born, he won the hearts of his fans when he posted a video singing a lullaby for her.