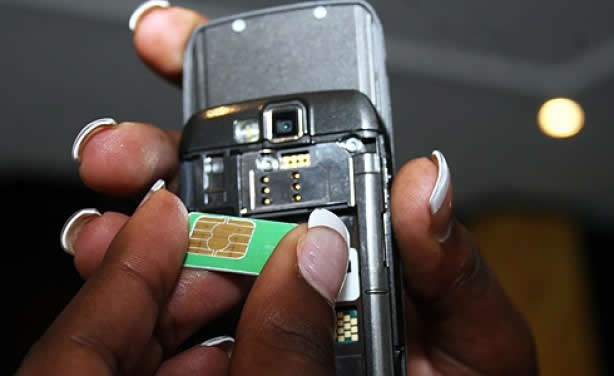 As Ghana prepares to undergo SIM Card re-registration next year, Vodafone Ghana CEO, Patricia Obo-Nai, is cautioning that the problem of wrong SIM registrations cannot be cured without a proper and effective central ID verification system.

Patricia Obo-Nai noted that the industry regulator, National Communications Authority (NCA) has assured players of a proper central ID verification system saying that, “without that the purpose of the SIM re-registration will be defeated just like the its predecessor was.”

She spoke with the leadership of the Network of Communication Reporters (NCR) in her maiden meeting with them since her appointment as the first Ghanaian and first female CEO of Vodafone Ghana seven months ago.

Years ago, when the government insisted on SIM registration, industry players and several stakeholders warned that without a proper ID verification system, the exercise was just a waste of time and money.

As usual, the government and the NCA assumed a macho posture and whipped the telcos into line, making them spend millions of cedis registering SIM cards.

Estimates from the Ghana Chamber of Telecommunications indicate telcos spent up to US$25 million then to implement the SIM registration policy.

The purpose of the registration was, in the main, to cure a situation where fraudsters were registering multiple SIM cards and using them for nefarious activities like SIMBox fraud among other crimes.

It is not clear if SIM registration, in and by itself, has helped to cure the fraud, but because the country does not have a proper ID verification system, it has been difficult to stem the wrong registration of SIM cards.

Years after the policy was first implemented, the government is now working towards SIM re-registration in June next year.

This is because, as of today, there is still a situation where SIM card vendors register multiple SIMs in the names of people who cannot be properly identified, and they sell those SIMs to willing customers at a higher price.

The telcos have no real reliable and effective way of verifying the IDs behind those SIMs so they make do with what they have and they activate those badly registered SIMs, thinking they belong to the persons whose IDs were used, when in fact the SIM may have been sold to completely different people.

The Vodafone Ghana CEO said the company has a multi-step strategy to check the registration and activation of wrongly-registered SIMs on its network, but that only works after the fact.

She explains that currently, there is no law against one ID being used to register an unlimited number of SIMs, but telcos have agreed among themselves to allow one ID to register only up to ten SIMs.

Patricia Obo-Nai said under that arrangement, the SIM vendor can register 10 SIMs in the names of several people who present their IDs for SIM registration, and then sell the extra ones to willing customers.

“So long us the ID used is a valid one, we can do very little to prevent the registration until the user of the SIM tries to register for Mobile Money, then when we try to do KYC (know your customer) we realize the user is not the owner of the SIM then we deactivate it,” she said.

Telcos have been accused of allowing and even incentivizing vendors to register SIM massively because that helps them to shore up their subscriber base and make money, but the Vodafone CEO said often when vendors register SIMs wrongly, it is the vendor that benefit from commissions any time the SIM generates revenue, but telcos rather lose money fighting the canker.

She said Vodafone had to sack over 3,000 vendors for the wrong SIM registration, but that was after they had gotten away with it for a while.

Patricia Obo-Nai is confident that once the NCA has agreed to set up a central ID verification system, that should be in place before the SIM re-registration starts in June, otherwise the problem will never go away.

She also believes that if telcos worked together to blacklist vendors who register SIMs wrongly, that would also help to stem the problem in the meantime.

DISCLAIMER: The Views, Comments, Opinions, Contributions and Statements made by Readers and Contributors on this platform do not necessarily represent the views or policy of Multimedia Group Limited.
Tags:
Patricia Obo-Nai.
Vodafone