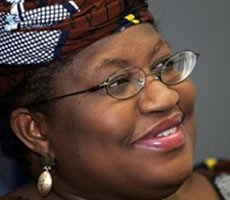 Experts in the Nigerian financial service sector have stated that latest inflation figures showing that the general prices of goods and services in the country fell to single-digit rate of 9.4 per cent in July is not sustainable.

Experts at FSDH Securities Limited in a report made available to THISDAY said the inflation rate would only remain close to a single digit until September, 2011, stressing that it will thereafter climb up and close the year in the region of 12 per cent.

The experts listed the price of building materials, the implementation of the N18,000 minimum wage without a commensurate increase in production in the short term and the price of food at the international level as affected by farm yields and exchange rate movement as among the factors that will determine the movement in inflation rate between now and end of Year.

According to FSDH, “Looking at these patterns, we are of the opinion that inflation will remain in the current level till September, after which it will trend up to end the year in the region of 12 per cent.”

The experts said they were of the view that double digit inflation rate in Nigeria was caused majorly by structural problems in the economy other than liquidity in the banking system adding that raising the anchor interest rate will not bring inflation rate down but lead to cost push inflation.

The FSDH analysts further stated that the current low inflation rate was as a result of base effect.

FSDH Research had recently predicted that the Monetary Policy Committee (MPC) of the CBN would maintain the Monetary Policy Rate (MPR) at 8.0 per cent while using the short-term government securities as tools to manage the current liquidity in the market.

FSDH added that stability in the value of the Naira could only be achieved if monetary and fiscal measures are put in place to encourage.