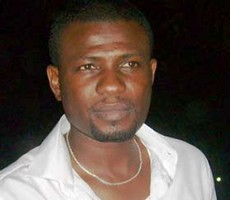 Obuor was on Thursday elected President of MUSIGA at the Union’s ongoing Congress at the Radath Memorial Centre in Tamale.

But Mark Okraku Mantey, who openly disapproved of Obuor’s candidature said even though he is happy for him as a friend, he still does not believe he was the best person for the job and he had told him so on several occasions.

Speaking on Adom FM’s Drive Programme, Ofie Kwanso, Mark, explained that Obuor did not have that much of a grasp on the music industry’s evolvement, (including the turmoil it had gone through to reach its current state) like some older artistes who had been involved in those issues and knew the history, to be able to deal with the problems he will inevitably be confronted with.

He said it was with that in mind that he urged Obuor to give way to Gyedu Blay Ambolley who had more experience to go for the four-year term so he (Obuor) could understudy him and gain the needed experience.

Another reason why Mark did not think Obuor was not the best person for the MUSIGA job was because his youthfulness could go against him when it came to the fight or lobbying for musicians’ rights.
He said there were places an older person or artiste could be given access to that a young person would not be allowed. “I’ve had the opportunity to follow some of the older musicians to places like the Attorney-General’s Department and what I observed was that the way the older folks were related to was quite different from the way I was related to because I was younger.

“I believe he should have let the older musicians do the lobbying and put the required structures in place after which he could take over.”

Another sore point for Mark was the camp from which Obuor was perceived to be coming from which he thought was questionable.

Clarifying, he said a trend was developing in MUSIGA where if one was leaving office, he wanted to put his person or favourite in his stead to cover up any bad dealings which could be exposed.

He alleged that it was that trend that made former President, Alhaji Sidiku Buari see to it that Diana Hopeson was elected and she in turn ensured that Obuor was elected insisting that trend must stop.

He said all those who were in Obuor’s camp like Kaakyire Kwame Appiah and Mr Owusu all won adding now it was up to Obour to change the status quo and bring MUSIGA from its present state.

Mark was not too happy with the election of Mr Owusu who he claimed was not too credible. He alleged that Mr Owusu once printed fake COSGA receipts to collect monies in Cape Coast questioning how someone like that could be given a position.

Those misgivings notwithstanding, Mark was of the opinion that the hiplife artiste’s election was a plus for him especially because he had good intentions and a vision which if he executes well, could turn things around for MUSIGA.