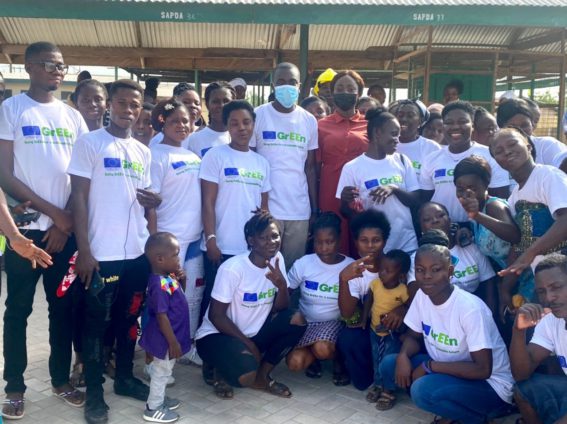 Several practices, in many Ghanaian homes, are a great potential breed of violence, subjectivity, and maltreatment against women.

In an effort to liberate women from the oppressive bonds of a society that seems to chastise women for their very existence, the SOS-GrEEn project has embarked on a sensitization program in Drobonso in the Ashanti region.

The project seeks to tackle practices that impede the equality, empowerment, and survival of women. Drobonso, located in the Sekyere Afram Plains district, records close to 50 cases of women and girls abuse annually.

The figure contributes to nearly 37 percent of women in Ghana who are subjected to domestic violence. As of today, women and girls in many rural homes are still subjected to rape, defilement, the threat of death, and offensive conduct.

She also urged the unit to facilitate the effective resolution of cases of violence brought before them.

“Violence against women in Drobonso is alarming. I can shabbily conclude cases over 50 every year. My palace receives several of these cases. As a woman and leader, I try to resolve them.

“However, some of the cases are beyond my control. And so, I advise victims to seek help rapidly from the district assembly’s office,” she said.

Available statistics indicate 14 and 15 percent of girls are victims of sexual abuse and gender-based violence respectively.

“So many men right from infancy are brought up in ways that make them believe that they are special to the female gender. And they grow up learning certain norms and get emboldened masculine violent behaviours that are not healthy.

“This does not war against men. Based on recorded numbers, women are mostly at the victim end. Such a day is worth the efforts. I believe that if we educate and let people know, we will be able to beat down the numbers. So we can live peace,” she said.

He indicated the project provided the avenue for victims of violence to resort to appropriate channels in seeking redress.

“We have been able to educate over 300 people in each of the participating districts on the violence against women. The interesting thing is, most of them are facing issues considered under the scope of violence and abuse.

“The program has given them the opportunity to interact with the social warfare and appropriate channels. The ultimate aim is to record a massive decline of violent practices committed against women,” he said.

Social Welfare and community development representative in Drobonso, Obeng Agyemang pledged the government’s support for the violence against women activism.

“There is legal support to the GrEEn project and actions that will promote respect among genders. And the government is ready to curtail the menace.

“There exists a gender policy that seeks to fight inequality. If this law is abided by, women will be liberated from the various abuses committed against them. There is also child and family welfare which tackles issues of family in our societies,” he said.

The event, which was in collaboration with the United Nations Capital Development Fund, counts as part of the 16 days of activism for the Elimination of Violence against Women.