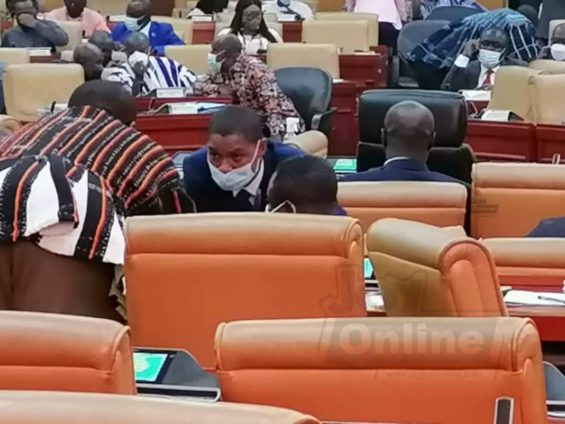 The legislator, who has been on parliamentary business outside Ghana, was seen readying to join his colleagues, ahead of the presentation of the 2022 budget estimates by the Finance Minister, Ken Ofori-Atta.

Sosu’s arrival in Parliament comes at a time when the MP has failed to show up in court, following Police charges, accusing him of his involvement in a violent demonstration in his constituency.

But according to his lawyer, the MP is not escaping the trial; adding that Sosu would duly submit himself to the relevant processes, once he’s done with his assignments outside Ghana. The resumption of his trial, has been scheduled for November 29, 2021.

Meanwhile, this year’s budget has generated a groundswell of interest and comments from citizens and stakeholders alike.

The Minority in Parliament, for example, have expressed their lack of confidence in the budget; asserting that the budget will inflict more pains on Ghanaians.

Trade unions and other interests groups have also urged government to be sensitive to their plight, and refrain from imposing any further hardships on them.