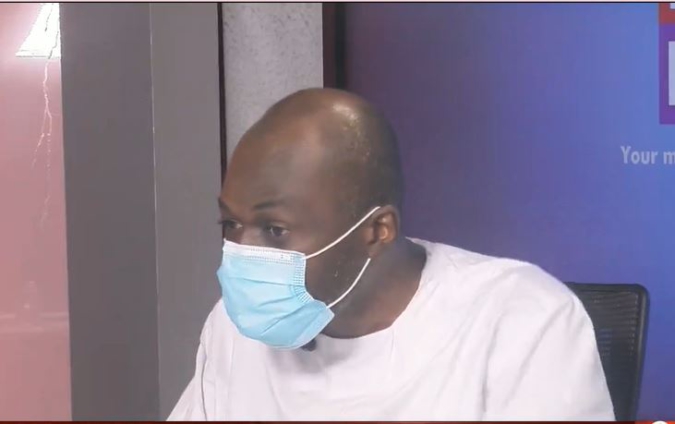 “This payment was made; the Minister knew same yet suppressed the evidence,” he said.

Speaking on Joy News’ Newsfile on Saturday, Mr Kpebu said the Health Ministry requested cash payment to the businessman, Sheikh Al Maktoum, before he appeared before the Parliamentary committee, but he decided not to reveal it.

He emphasised that no payment can be made without the request of funds from the Ministry, which the Health Minister superintends over.

“Going by the financial management act, he [Health Minister] has to give for release of fund from the Ministry.

He further indicated that the Chief Director has no right to write to the Finance Minister requesting payments for the vaccines without the express approval from Mr Agyemang-Manu.

“So you see where the news is tightening around Mr Agyeman-Manu’s neck? It’s about to kill him because the only instance for which Chief Director will write to another Minister is with the express instructions and approval of his minister, so you see, Chief Director cannot by himself write to the Finance Minister that is Agyeman–Manu’s hands and you dare come to Parliament and deceive to say ‘to the best of my knowledge’ oh my God this thing nails him,” he stated.

He added that this is not the first time the Health Minister has been engaged in procurement breaches.

“He has had two other brushes with the law in terms of procurement issues. One, anti-snake venom matter, it went to the PPA, Mr Agyeman-Manu was found culpable…then you come to two, the frontiers contract that is testing at the airport; at his vetting when he was asked he said he doesn’t know about it,” he said.

This comes after the Committee tasked to investigate the Sputnik V vaccine deal found that the amount of $2,850,000 (representing 50% of the contract sum of $5,700,000) has been paid to Messrs Al Maktoum despite the Minister claiming no payment had been made “to the best of my knowledge.”

DISCLAIMER: The Views, Comments, Opinions, Contributions and Statements made by Readers and Contributors on this platform do not necessarily represent the views or policy of Multimedia Group Limited.
Tags:
Health Minister
Kwaku Agyeman-Manu
Martin Kpebu
Sputnik V vaccine