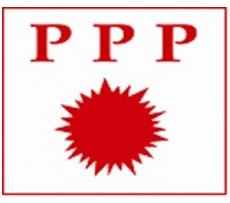 Did we hear the Presidential Candidate of the New Patriotic Party (NPP,) Nana Addo Dankwa Akufo-Addo, saying on an Accra-based private station, JOY FM, that an NPP administration will ensure Free, Continuous and Compulsory Education from the basic level to Senior High School?

Our immediate reaction to that statement was the following: What happened to what has now become the educational mantra of the NPP flag bearer – Free Education at the Senior High School level?

In one of their advertised radio jingles, the NPP has assembled little school children to tout the Free SHS model being preached by the party and its flag bearer, Nana Akufo-Addo. We are very much aware of the effects of that advertisement and wonder whether the shift in position on the issue is not a demonstration of the wavering stance of the NPP and Akufo-Addo, and the fact that the NPP slogan of Free Education at the SHS level is not already back-firing.

Unlike Nana Akufo-Addo and the NPP, the standard bearer of the Progressive People’s Party (PPP,) Dr. Papa Kwesi Nduom, and the party he leads position have always stood that there should be Free Compulsory Universal & Continuous education in the country.

In that light, the NPP’s concept of Free Education at the SHS has become a slap in the face of the majority of Ghanaian teenagers who cannot access Senior High School education, because of the obvious rot in the country’s basic education. We suspect the NPP has observed the effect of their mantra, hence the shift to the latest stance of Akufo-Addo on the subject.

However, the latest position of Akufo-Addo on educations gives him up as an inconsistent leader with no originality of ideas. He will therefore plagiarise the works and ideas of others in the hope that by their so-called sheer size in numbers, they can outmuscle the PPP- the originator of the concept of Free Compulsory Universal & Continuous education from Kindergarten to Senior High School with their usual loud verbal bouts. Nana Akufo-Addo, has abandoned his original mantra and is now trying to illegitimately claim legitimacy over the PPP’s concept.

But truth will always triumph over the fake and cosmetics. That is why today despite contemporary theories on governance, the scholarly works of great French Scholars – such as Baron de Montesquieu on Separation of Powers, and Jean-Jacque Rousseau on Sovereignty – still remain reference point for students of political science and government.

And so history will surely vindicate Papa Kwesi Nduom as the originator of many innovations in Ghana state policy, one of which is the policy of Free Compulsory Universal & Continuous education from Kindergarten to Senior High School.

Papa Kwesi Nduom has been very consistent with his ideas on education which he stated even before the 2008 elections. The same cannot be said of Nana Akufo-Addo. In fact, prior to the 2008 elections and, indeed, at the IEA presidential debate held that same year, Nana Akufo-Addo made it clear that his priority for free education would be at the tertiary level.
Today the NPP flag bearer has shifted stance.

And although in their so-called transformational manifesto, the party talks of Free Education at the SHS level, their presidential candidate is also saying something different. Such shift is the forte of the man who, interestingly, says he has what it takes to lead a transformation in Ghana.
We remember how the NPP went ballistic and almost berserk with accusation that the NDC had stolen their “You Matter, People Matter” theme of their manifesto. Again, the NPP claims the NDC stole their development agenda for the three Northern Regions when it (the NDC) established the Savannah Accelerated-Development Authority (SADA) to rival their (NPP’s) Northern Development Authority (NDA).

Today, what moral authority do Nana Akufo-Addo and the NPP have to question and accuse the NDC of stealing their ideas when they themselves are the fresh culprits in plagiarism?

Throughout the subtle thievery by the NPP, Papa Kwesi Nduom has remained a unique originator whose actions and ideas are so succinct and distinctive.

For the PPP, the obvious plagiarism of our ideas is a silence admission of the greatness of the party and its flag bearer.