The hashtag generation and the democratization of stupidity 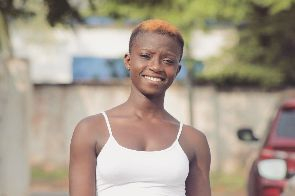 Back when Rashida Black Beauty (I bet you didn't have to Google who this is right?) was trending in Ghana for unleashing what might be considered the worst invective of the last century, I refrained from commenting on the spectacle.

After all, who am I to be a judge of morality? More importantly, I refrained from commenting on her issue because I felt, as a nation, we had so many other important things to worry about. Spending precious time discussing an out of school teenager's temper tantrum which, thanks to social media, we had been inundated with, would have been a very unproductive use of time and space. I thought, why wouldn't we rather discuss what accounted for her not being in school? How many of our future leaders her age were out of school, and how do we ensure that all our children have a decent education, so they can participate in the global economy of tomorrow? Of course, those of us in the article writing community are acutely aware that a piece on some of these serious matters would, at best, generate around 20 views, 3 comments, and two shares, on a very good day.

The Rashida story would eventually become the equivalent of a modern-day Shakespearean tragedy- unsurprisingly. She would go on to receive an award by a well-established media outlet in the country, increase her popularity and then come crushing with as much ferocity as her rise to fame. But who was to blame for her tragedy? Like a fairly grown tree transplanted without much depth, was it any surprise that the winds of life's vicissitudes uprooted it before it had time to get rooted? Fame is often likened to wine, and like wine it’s not only intoxicating but addictive as well. Somehow, shouldn't those who facilitated her unguided rise to fame feel responsible for her tragic fall as well?

But this article is not about Rashida (who I believe many people have already gotten over).Fame in the modern dispensation is a trend too, and like a Snapchat video, it disappears as quickly as it emerges. This article is about the influence people like Rashida have on us, and how social media is democratizing stupidity. It’s about how people like her influence mainstream discussion and, by some extension, what the masses, especially the youth, consider cool and trendy.It’s about how a teenage school dropout could instantly garner tens of thousands of followers on social media and generate numerous hours of discussion, both within the social and mainstream media circles. It's about a society that is gradually becoming consumed by triviality.

Just the other day, I came across another trend which would baffle my imagination: One corner. There you have it! I bet you know this one too, right? Have you uploaded a video of yourself doing 'the dance' to social media already? (I guess no, if you have read this far and have not already jumped to the comments section to unleash a barrage of invective on my character, under the protective veil of anonymity the internet provides).

Now, if you have seen the "one corner challenge", you need no reminding that it seems its whole 'philosophy' is to get us to outdo one another in some of our most bizarre and baser instincts. And of course, this cuts across the entire demographic spectrum. Absurdity is no respecter of social class, education, ethnicity, age or gender. I have literally seen decent ladies and university students descending into exposed drains just to make an important point: "I can be more ridiculously nastier than anyone else".

Again, this piece is not about the creativity or otherwise of the up and coming musician whose song is at the centrepiece of this craze (I think, like everyone else, he deserves a chance at success). It's about the influence of people like him, and the impact the content they create have on our population. More specifically, it's about how ‘’traditional media’’ is falling prey to the ideals of social media.

The recent revolution in ICT has made it cheap and easy to create any kind of content and share it instantly with anyone anywhere in the world. Yes, you can say this explains why I can write this 'silly' piece on a smart device and get it published without wasting one precious tree. In so many ways, that is a good thing, as it removes the 'monopoly' over media and by extension over minds. But there's an often forgotten dark underbelly of this unique privilege, two actually.

I call the first, 'negative externality from the democratization of stupidity'. It stems from the fact that, often, enlightened people are less inclined to share their views. In the words of British philosopher Bertrand Russell, "The whole problem with the world is that fools and fanatics are always so certain of themselves, but wiser people are so full of doubts". The internet makes it easier to create and share content, therefore if more unenlightened content is produced and considered ‘’cool’’, the nation falls into a vicious cycle of stupidity, which tends to grow exponentially. Such is the situation we find ourselves.

The second is the restructuring of ‘’traditional media’’ philosophy to conform to that of social media. Let me explain. Without a doubt, social media has hit advertising revenues of ‘’traditional media’’, which is the lifeblood of the industry, really hard. In 2016, Facebook alone generated over $27 billion in advertising revenue, much of these funds would have hitherto gone into great content creation by established media firms. And so for some time now, ‘’traditional media’’ has been on the brink of an important decision: "Should we conform to the mundane and trivial philosophy of social media in order to create more engagement and generate advertising revenues, or should we continue creating great content that no one is interested in? For example, "Should we rather have a discussion on the impact of youth unemployment on social stability and have only ten people tuned in or should we interview Rashida and have a thousand?" It is an open secret that advertising managers of companies aren't so interested about content as they are about audience.

It seems to me that The Fourth Estate is gradually shifting to the mundane side of the continuum, and unwittingly becoming an extension of the platform given to the likes of ‘’one corner’’.And so in a way, we have sacrificed quality for quantity, and are now amusing ourselves to death.

NB: I despise the use of the word 'stupid' in my writing, but I often find no suitable substitute for it. Therefore, pardon me if this word offends you. Frankly speaking, it offends me as well.

The writer blogs on social, economic and political issues atwww.thinkingWityou.wordpress.com