There's a likelihood of food crisis in the North next year - GAWU - MyJoyOnline.com 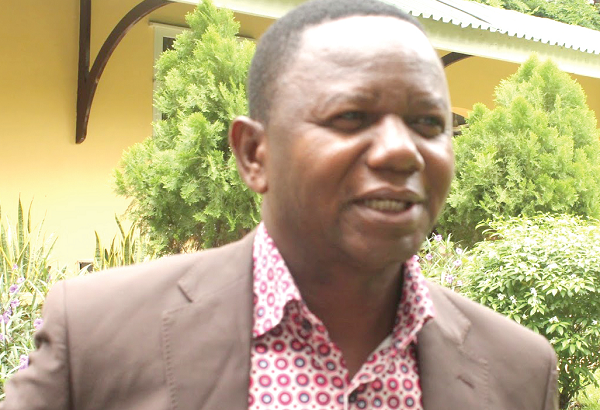 The General Agricultural Workers Union (GAWU) says the Northern part of the country will face a food crisis due to the unavailability of fertilizers the recent flooding in the region.

The General Secretary of the Agriculture Workers Union of Ghana, Edward Kareweh, says the situation is dire.

On one of his ‘Thank You’ tours, former President John Mahama warned of a food crisis due to what he says is the mismanagement of the Planting for Food and Jobs program.

Mr Mahama, speaking on Sunyani-based Moonlite FM, described the policy as a failure.

He predicted that a food shortage will likely hit the country in 2022 if government does not pump more funds.

But the Agric Ministry has disputed this.

Minister for Food and Agriculture, Dr Owusu Afriyie Akoto, fought off claims that the policy has been a failure.

The Minister said the programme has brought about an increase in food production in the country following its implementation.

However, Mr Kareweh urged the Agriculture Ministry not to pretend that all is well within the sector and adopt innovative measures to prevent a food crisis.

“When you analyze a problem of this nature as being good, and that there’s no problem, and that we are going to have a bumper harvest, then you will not have cause to put in place measures to deal with the challenges that will come.”

But can this be averted? The Peasant Farmers Association says there’s a general fertilizer shortage in the system, which the Finance Ministry must release funds to address, or the food shortage will be nationwide.

“I think the Minister of Finance hasn’t helped us at all, and he’s not really seeing what’s happening. Because all these cries we are making, as we speak, the promise he gave to Parliament that they have paid fertilizer companies ¢260 million, that money hasn’t been paid.”

He called on government to call the Finance Minister to order to prevent a crisis.

“If you don’t call the Finance Minister to order, and he continues to stampede the release of money for the payment of fertilizers, next year, we are likely to see a situation which is worse than now.”