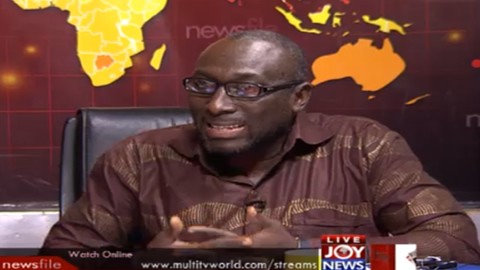 A member of the NDC legal team, Abraham Amaliba has said that the embarrassment caused by Victoria Hammah's leaked tape should serve as a wake-up call on the appointing authorities to do due diligence before selecting people for public office.

He said if proper background checks had been done, Ms. Hammah would never have been appointed as Deputy Communications Minister in the first place.

He described as "disappointing," the failure of the president, his secretary, chief of staff, cabinet, and the security agencies to scrutinise the dismissed deputy minister to determine whether "she was fit" for the position.

Victori Hammah was fired barely 24 hours after a tape on which she discussed internal government workings leaked to the media.

On the tape, she blabbed about how politically connected she was and how a colleague deputy minister at the Ministry of Gender, Children, and Social Protection, Rachel Appoh, secured her appointment after having dated men in the governing National Democratic Congress (NDC).

Discussing the subject on MultiTV/Joy FM's news analysis programme Newsfile on Saturday, Mr Amaliba said although there was nothing wrong with a person using his or her political influences to secure political appointment, the "appointing authorities should go beyond the influence and determine if the person is suitable".

Mr Amaliba said the government would not have found itself in the embarrassing situation in which it is now if somebody of her calibre was not appointed.

He said the claims by Victoria Hammah that the Minister for Gender, Children and Social Protection, Nana Oye Lithur, might have influenced the Supreme Court verdict on the election was probably meant to praise-sing the Lithurs.

According to him, Mrs. Lithur "does not know the judges [at the Supreme Court] personally" which would enable her do the things attributed to her.

The Member of Parliament for Ablekuma West, Mrs Ursula Owusu-Ekuful, who beat Ms. Hammah to the seat in the 2012 Parliamentary Elections, advised that “when we are putting people in positions of authority, we need to look at their experience, demonstrable competence, proven track record, not just the one who shouts loudest or insults most or is most obnoxious in your face”.

She added, “This excessive reliance on patronage and whom you know, the established linkages, those who supported us and all that, at the expense of merit, competence, proven track record, demonstrated competence is partly the bane of the kind of leadership that we have and may not be limited to just this group alone."

She said although "you can’t say that you will not look at those who supported you, there must be some balance so that you would have people who will really be there to do the work instead of those that you are rewarding for service rendered in the past.”