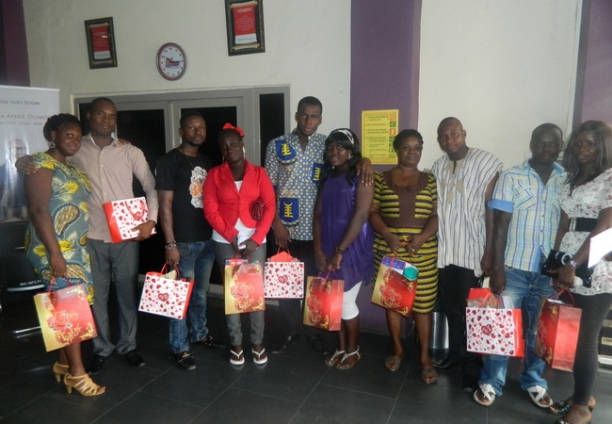 A 21 year old expectant mother based in Accra has emerged winner of the one week Valentine competition on Asempa FM’s Abrabo programme.

Philomina Biadoo said she happily got married legally when she was 18 years old and has since been living happily with her husband.

Prior to the final day of the competition, entries were taken via phone calls on the Abrabo show where callers were asked to read out Akan love letters to their partners. They were made to pronounce punctuations in Akan.

The final stage of the competition became more enthralling and emotional when contestants were invited over to the studio to share stories about painful experience they have had with their partners.

The contestants were also asked to answer questions on programs held on Asempa FM and the Abrabo program. At the end of the day, Philomina Biadoo emerged the winner.

Dora Kubi, a 28 year old expectant mother who is married for two years, was declared the first runner up.

Victor Kluste, who is the only male among the final five from Asamankese placed 4th.

Georgina Warfo, 28, took the 5th position.  She told a story of how her husband, she has been legally married to for two years, once abandoned her to play football when she was sick and needed medical attention.

The competition ended with so many smiles in the faces of all the contestants as each went home emotionally relieved and happy.