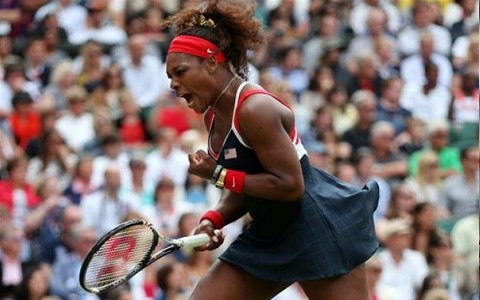 The French Open slid towards anarchy on the fourth day. The defending champion and world No1 Serena Williams is out, as is her sister, Venus, joining the No2 seed Li Na, as well as the Australian Open champion Stanislas Wawrinka, the game’s glamour boy, Grigor Dimitrov, and Japan’s latest hope, Kei Nishikori, who had already left gaping holes in the men’s draw.

Serena’s departure means the top two seeds are gone from the draw after two rounds, the earliest such high-class cull in the tournament’s history. In a summer of doubt, the only certainty in tennis would seem to be that the next surprise is not far away.

Williams might still be the best player in the world. And she could yet add to her collection of 17 grand slam titles, her next opportunity arriving at Wimbledon in June. But the 32-year-old American looked anything but a champion in Paris, either during her desultory 6-2, 6-2 second-round defeat by the 20-year-old Spaniard Garbiñe Muguruza, when she was near tears towards the end – or in a press conference afterwards that had all the buzz of a coroner’s inquest.

Serena – who would not blame injury or the occasional gusts of wind on a grey day for her error-strewn tennis – looked beat, sounded exasperated and, once she had tetchily batted away questions about the most disappointing performance of her career, could not wait to leave a place where she has won two of her slam titles.