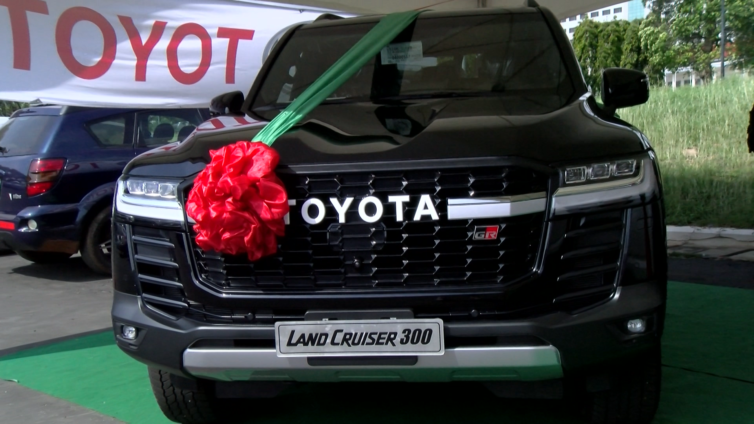 Addressing the media, Head of Sales Operations of Toyota Ghana, Andrew Lamptey said his outfit seeks to live up to its reputation, hence the continuous evolution to provide the best for customers.

“To continue to live up to its reputation among customers as a vehicle that allows people to go anywhere and everywhere and come back alive and safe, the Land Cruiser’s unrivaled existence has continued to evolve, improving its reliability, durability, and off-road performance based on the actual usage situations of customers all over there world,” he said.

The redesigned new Land Cruiser 300 series, the successor to the 200 series that debuted in 2007, is a station wagon model.

As the flagship model of the Land Cruiser series, it has incorporated some of the latest technologies to suit consumer demand.

A cumulative total of approximately 10.4 million units of Land Cruisers have been sold in 170 countries.

The Land Cruiser 300 comes in three variants, GX-R, VX and GR-S. They all come with a V6, 3.3 litre twin-turbo engine capacity.

They also come with a 12.3 infotainment system for the driver.