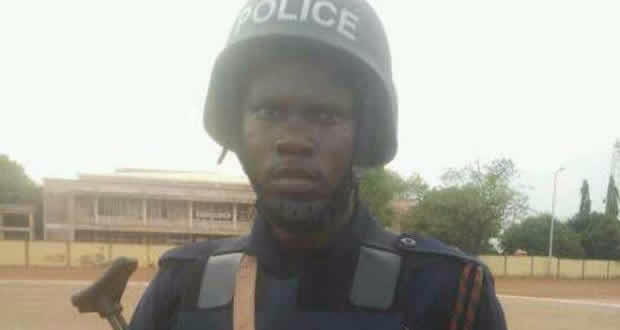 A trust fund has been established in memory of the police officer who was shot dead by his colleagues during a robbery incident near Dawadawa in the Northern region.

Lance Corporal Robert Kumi Ackah was killed at dawn on Sunday when the OA passenger bus he was escorting to the Northern region was attacked by armed robbers on the road between Buipe and Kintampo.

Sponsors of the R.K Ackah Trust Fund, believe that the bravery and sacrifice of all those who perish in the line of duty defending the State of Ghana and its citizens must be recognised, acknowledged, and duly compensated for in a just and equitable manner.

This they believe should be done based on systemic regulations and rules of engagement that promote our commitment to equity, respect, and honour for all fallen heroes.

It is their view that the State has not done its duty for the late police officer and are therefore calling on ordinary Ghanaians to step in and assist while government “wakes up to its responsibilities to all who die for Mother Ghana.”

The primary purpose of the Fund, according to the sponsors, will be to provide support for the wife and children of the late policeman.

The larger motive, however, will be to support  – to the extent allowed by inflows – families of other fallen police officers who have died in the line of duty.

Also, families of fallen heroes of other Security Services would be considered depending on the generosity and level of public response to the Fund.

The R.K Ackah Trust Fund is a complementary Citizens Fund to any other Fund established by the State and or the specific institution in which our fallen heroes were in service at the time of their death.

The Good People of Ghana are invited to contribute their widow’s mite to the FUND ACCOUNT which is already operational.

Contributions to the ROBERT KUMI ACKAH TRUST FUND can be made as follows: