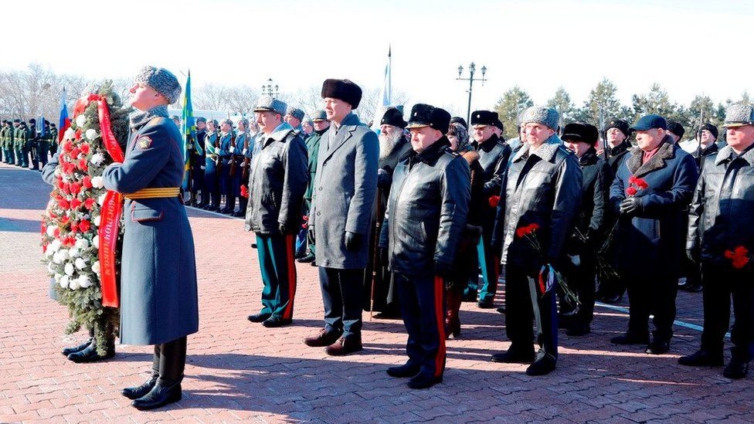 President Vladimir Putin has insisted that Russia’s interests and security are non-negotiable, amid reports of more Russian troops moving closer towards Ukraine’s borders.

Mr Putin gave a video address, hours after US President Joe Biden warned of “the beginning of a Russian invasion”.

Russia was always “open for direct and honest dialogue”, Mr Putin said, but he had full confidence in the military.

The West has announced a range of sanctions on Russian interests.

Mr Putin declared on Monday night that Russia had recognised the independence of the so-called people’s republics of Luhansk and Donetsk, tearing up a peace accord with Ukraine.

Ukraine’s foreign ministry urged all its citizens to leave Russia, warning that the “escalating Russia aggression against Ukraine” could limit consular assistance. The military in Kyiv also announced it was immediately calling up all reservists aged 18 to 60, both officers and privates for a maximum of a year.

Pope Francis said the threat of war in Ukraine had caused “great pain in my heart”.

President Putin’s claim that the military would go to “maintain peace” was derided as nonsense by the West. Rejecting his spurious claim of genocide in eastern Ukraine, UN Secretary-General António Guterres said he was concerned about “the perversion of the concept of peacekeeping”.

Mr Biden said “to put it simply, Russia just announced that it is carving out a big chunk of Ukraine”.

Despite Mr Putin’s insistence that he was still open to diplomacy, France’s foreign minister and US Secretary of State Anthony Blinken both cancelled planned meetings with Russia’s foreign minister, Sergei Lavrov.

It is not yet clear if any Russian troops have yet crossed the border into Ukraine. However, US satellite imagery has highlighted several new troop and equipment deployments in western Russia, and more than 100 vehicles at an airfield in Belarus near Ukraine’s border.

Mr Biden said he was announcing an initial tranche of measures, targeting high-ranking Russia’s “elites” and its foreign debt, to prevent it raising state financing from Western financial institutions.

The European Union and UK also announced a wave of sanctions against Russian banks and individuals on Tuesday:

European Commission Vice President Vera Jourova said it was a mistake to exclude the Russian leader. “Vladimir Putin should be first on the list,” she told Czech daily Hospodarske Noviny.

British Foreign Secretary Liz Truss said the UK would use “every lever at our disposal” to stop Russia’s threats against Ukraine. Responding to criticism from some MPs that the UK government had not gone far enough Ms Truss wrote in The Times that G7 allies had agreed on further sanctions and “nothing is off the table”.